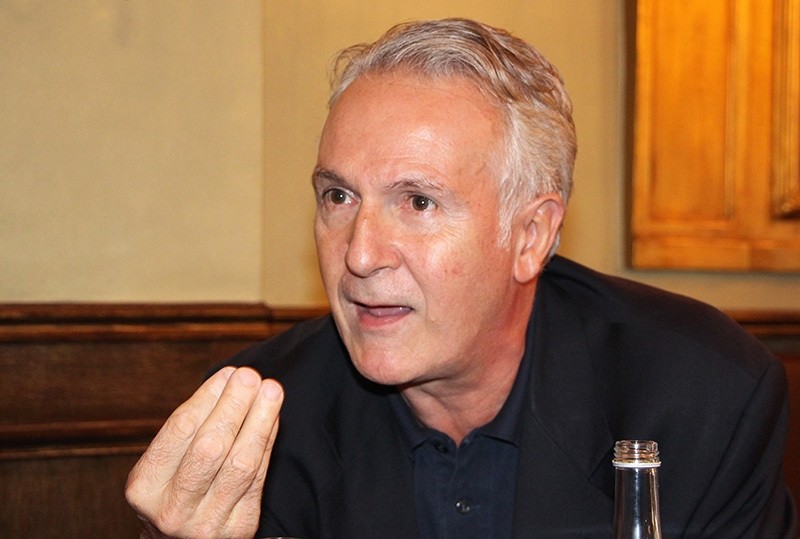 Gilles Martin-Chauffier, who described Erdoğan as the "Charles De Gaulle of Turkey" during a discussion program recently, told Anadolu Agency that a negative propaganda was being made in the European media against the Turkish president.

"This [propaganda] reveals that President Erdoğan has been very successful and is on the right path. Erdoğan has a will which does not exist among other European leaders."

Chauffier, who has been strongly criticized in the French media for his opinions on the Turkish president, analyzed the claims of European media on "Erdoğan's further authoritativeness".

"They consider President Erdoğan as an authoritarian. I think two things lie behind it. First of all, the European political class sees Putin and Erdoğan like this, because they come from a lower class. If you have a strong standing compared to others, it disturbs them.

"However, President Erdoğan is a person whose popularity has been progressively rising, and his votes have been increasing from previous years to present. He has succeeded through democratic ways, through the free will of the public and elections."

Chauffier pointed out that Europeans think wrongly about Islam and were unable to associate Islam with democracy. "[Europeans think] there is no such thing as a Muslim democrat.

"It is possible for a Christian to be a democrat, but [they think] a Muslim democrat concept cannot exist in Turkey. They think these concepts cannot be associated with each other."

He said Turkey was dealing with the wrong perceptions being portrayed in the European media about the PKK-linked terrorism and Armenian claims regarding the 1915 events.

"French people think organizations such as the PKK played an active role against Daesh," he said.

The PKK and its Syrian offshoot, the PYD, are both listed as terrorist groups by Turkey, although the U.S. and EU only view the PKK as a terrorist organization.

"French people do not know what the PKK is, they also do not know whether Armenian claims have any basis; however, they unfairly judge Turkey.

"This is Turkey's problem, the issue of wrong perception. France cries for the wrong victims because it does not know the reality."