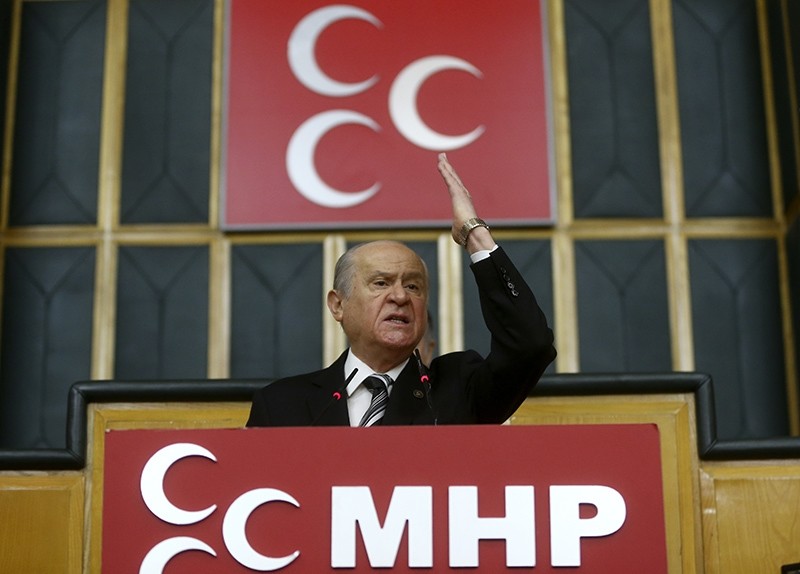 Opposition Nationalist Movement Party (MHP) Chairman Devlet Bahçeli said that his party is more than willing to support the reinstatement of the death penalty if proposed by the ruling Justice and Development (AK Party) Party.

Speaking at his party's parliamentary group meeting in Ankara, Bahçeli said that there is no need to wait since majority of the people are in favor of the death penalty, which has become a necessary process as a result of the threat posed by perpetrators of the coup and terrorists.

"MHP will do whatever is necessary if the proposal for reinstating the death penalty for such crimes is brought to the parliament" Bahçeli said.

Prime Minister Binali Yıldırım responded to Bahçeli's statements later on Tuesday and said that a limited arrangement could be made on death penalty -that won't be retroactive- if there is consensus in the Parliament.

Discussions on the reinstatement of the death penalty are expected to be taken to the General Assembly of the Turkish Parliament in the near future. The topic has been widely advocated by the public in the aftermath of the failed July 15 coup attempt.

According to the Turkish Penal Code, any proposed constitutional reform must receive at least 330 parliamentary votes to be taken to a referendum, while 367 votes are needed to directly pass the proposed change.

The death penalty was banned in 2004 as part of Turkey's EU harmonization process and no one has been put to death in the country since 1984.