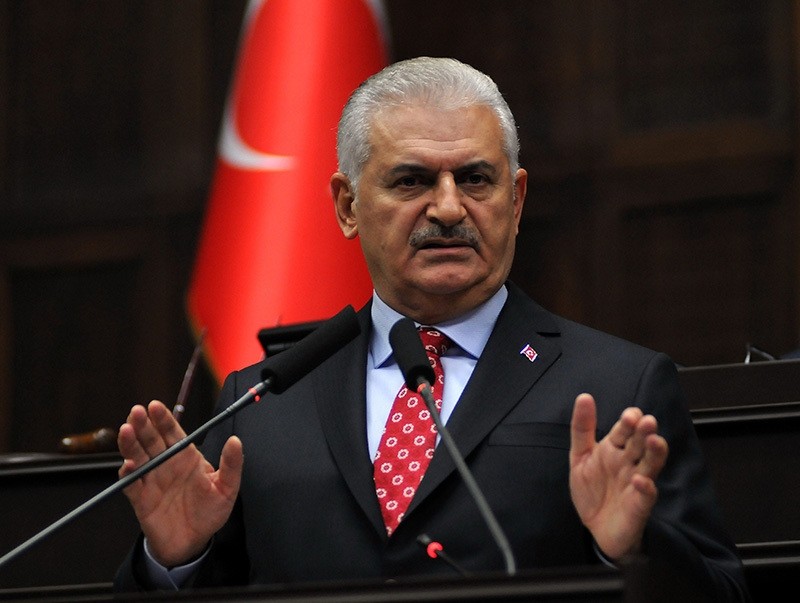 Prime Minister Binali Yıldırım said on Friday that democratically elected politicians are not exempt from fulfilling their legal duties, in reference to the detention of pro-PKK Peoples' Democratic Party (HDP) deputies who were detained for refusing to bear testimony under the scope of ongoing terror probes. Yıldırım said that HDP deputies have to testify, just like other lawmakers, including the chairman of the Nationalist Movement Party (MHP) Devlet Bahçeli, who testified when they were summoned by the prosecutors.

Speaking to reporters after attending the International Maritime Organization's World Maritime Day shipping event, Yıldırım said that only one member among 55 HDP deputies testified when summoned under the scope of ongoing terror probes, but the rest refused to fulfill their legal obligation.

Yıldırım noted that all lawmakers from other parties, who were summoned by prosecutors after parliamentary immunities were lifted, showed up to testify except the HDP.

"Those who come to power by elections but prefer to embrace terrorism will of course be held accountable by the law" Yıldırım said, and added that nobody is above the law.

He added that eight people, including six civilians were killed in the PKK explosion which took place right after the detention of deputies in Turkey's southeastern Diyarbakır province.