Detention of HDP deputies does not affect US-Turkey relations, US official says 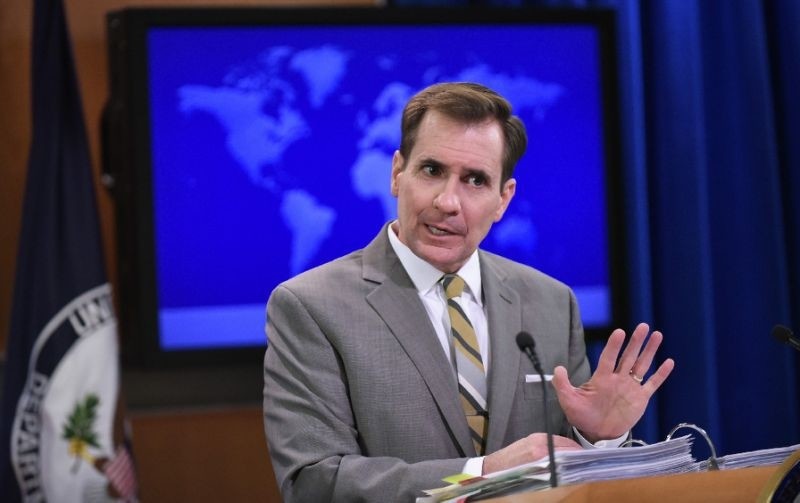 | Reuters File Photo
by Anadolu Agency Nov 05, 2016 12:00 am
While expressing concerns about the recent developments in Turkey, the U.S. said Friday it would continue to voice strong support for its ally and that country's democracy.

State Department spokesman John Kirby said the U.S. would not pin Turkey's democracy and the detention of a pair of opposition leaders and deputies from the Peoples' Democratic Party (HDP) to Ankara's membership in NATO.

Kirby's comments came hours after HDP co-chairs, Figen Yüksekdağ and Selahattin Demirtaş and, 13 deputies were remanded in custody Friday for failing to answer summons linked to a counter-terrorism investigation.

The PKK staged a bomb attack on a police station in the southeastern province of Diyarbakır just hours after the detentions. Nine people, including two police officers were martyred in the attack.

According to the Turkish government, the HDP has links to the PKK, which is listed as a terrorist organization by Turkey, the EU and the U.S.

"We continue to send by our friend and ally Turkey in this fight" with the PKK, Kirby said.

He also addressed Turkey's response to the recent abortive coup there and said the U.S. recognizes Ankara has "every right and should have every right and responsibility to try to get to the bottom of it and to deal" with the coup plotters.

"Now can you imagine what that feel like and be like in our country if it happened? How seriously the democratically-elected government -- whether you like them or not -- how the responsibility they would have to respond to that?," he said.

"Imagine what the reaction here would be if that were to happen."

According to the Turkish government, the Gülenist terror group (FETÖ) and its ringleader, Fetullah Gülen, masterminded the failed July 15 coup attempt.

FETÖ-linked members within the Turkish military dropped bombs on civilians, the Turkish parliament building and tried to overthrow the country's democratically-elected government.

More than 240 people were killed and more than 2,100 injured, leading to a nationwide probe to eliminate FETÖ members who had infiltrated state institutions such as the judiciary and army.