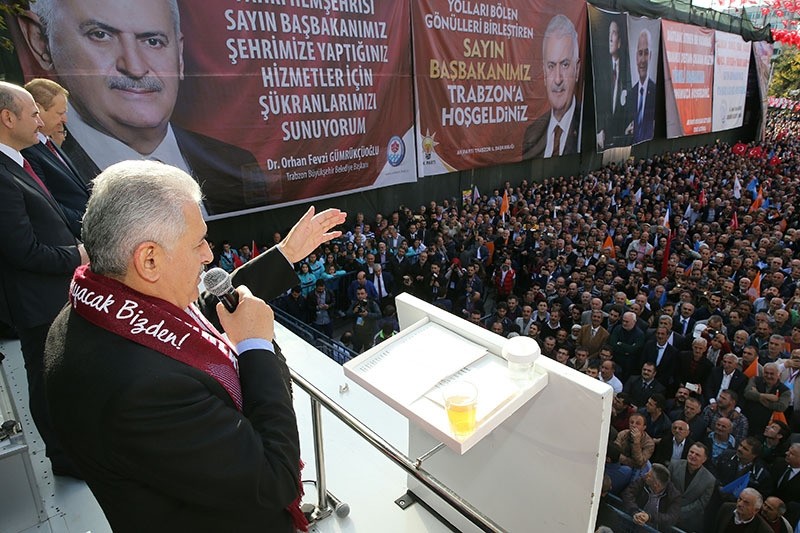 Prime Minister Binali Yıldırım said on Friday that Turkey's ruling Justice and Development Party (AK Party) will carry the new constitution in effect along with the Nationalist Movement Party (MHP).

"MHP leader, Mr Bahçeli, has once again put the future of the nation first with foresight and patriotism, putting aside political goals. We will carry out the constitutional change with the MHP," Yıldırım said in a speech at a ceremony in the Black Sea town of Rize, broadcast live on television.

Prime Minister Yıldırım and MHP's chairman Devlet Bahçeli had met for a critical meeting on Thursday in Ankara to discuss the planned presidential system and the new constitution.

After the meeting, Bahçeli expressed his views on Twitter, describing the draft as "positive" and "reasonable."

Prior to the meeting, MHP Chairman Bahçeli had met President Recep Tayyip Erdoğan last week and addressed topics on the presidential system and the Constitution.

MHP Chairman Bahçeli had signaled earlier last month that the party would support constitutional changes but only if they addressed party relevant politics and sensitivities.

From that perspective, a highly placed AK Party source told Daily Sabah last month that two different constitutional amendment packages have been finalized and will be proposed to the MHP, built solely on three fundamental principles which are a full presidential system, check and balances and accountability.