Trump is coming for you Gülen, his supporters tell FETÖ leader in US 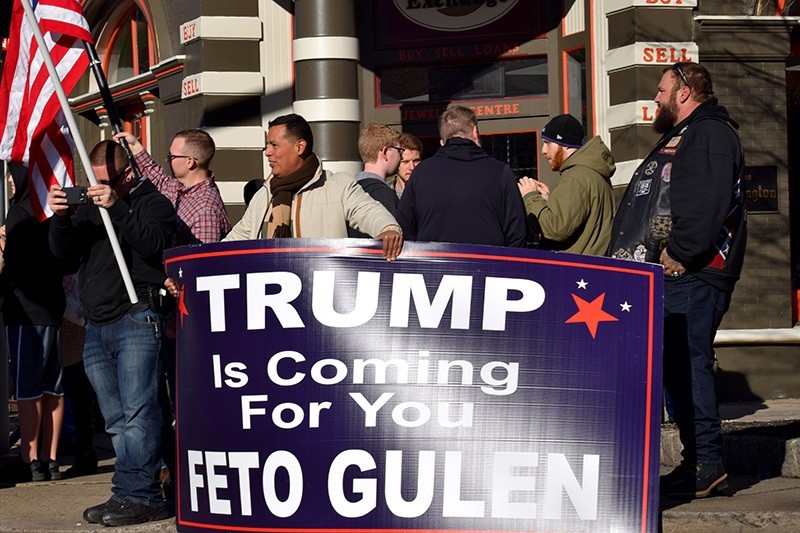 Pro-Trump protesters demonstrating against an anti-Trump group in Pennsylvania, U.S. on Saturday put up posters saying the president-elect will be coming after Fetullah Gülen, who is sought by Turkey for involvement in leading the Gülenist Terror Group (FETÖ), which is accused of perpetrating the deadly July 15 failed coup attempt.

Disturbed by Gülen's presence in his compound in Saylorsburg, pro-Trump protestors carried posters saying 'Trump is coming for you FETO Gulen' and requested the newly elected president to extradite Gülen to Turkey once he's in power.

Last week, a top adviser to President-elect Donald Trump said that the U.S. should understand Turkey's concerns and extradite Gülen.

Turkey has asked Washington to extradite Gulen for his role in infiltrating state institutions in the country and carrying out a bloody coup attempt on July 15.

Turkish authorities issued an official request for Gülen's extradition on Sept. 13, under a 1979 treaty between Turkey and the U.S. Justice minister Bozdağ held a meeting with his U.S. counterpart Attorney General Loretta Lynch in late October, regarding the provisional arrest of the U.S.-based fugitive.