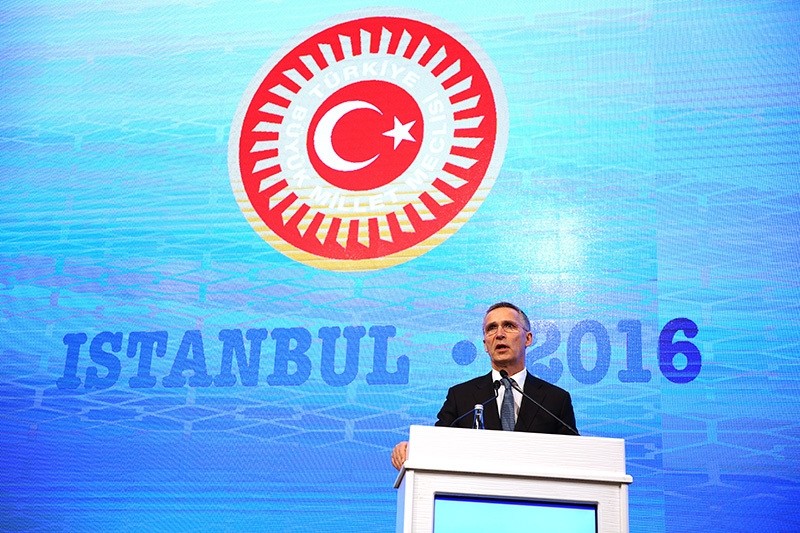 "I would just also remind us all of the fact that we are meeting here in Turkey four shorts months after the failed coup attempt," NATO Secretary- General Jens Stoltenberg told the 62nd session of the alliance's Parliamentary Assembly.

"This should be a sober reminder to us all, a reminder that democracy and freedom cannot be taken for granted," he added.

"In September, I visited the Grand National Assembly in Ankara which had been shelled by tanks and bombed by F16. I saw the damage that was done and I met members of the parliament from all major political parties. They rushed to the parliament on the night of the coup attempt and stood together in defense of their democratic institutions," Stoltenberg said.

"I want to salute them today for their courage and dedication to democracy," he added.

Stoltenberg, a former prime minister of Norway, said that democracy, individual liberty, and the rule of law are core NATO values.

"The important thing is that given that we all represent different nations and different political parties, we again and again have proven that we are able to stand together in the alliance on the main message of collective defense and the will to defend each other," he said.

"That was exactly what we did in Warsaw and we decided to strengthen our collective defense in response to Russia's aggressive actions in Ukraine and ongoing military buildup of Russia," he added.

This July, the leaders of 28 NATO member states decided to bolster collective defense amid concerns over Russia and threats by non-state actors.

Saying that NATO has taken necessary steps, Stoltenberg added: "We are increasing our defensive presence in the eastern part of the alliance, including the deployment of four multinational battalions to the Baltic States and Poland.

"Earlier this year Canada, Germany, the United Kingdom, and the United States each committed to lead one of those battalions, and I want to thank those nations for their leadership. I also want to express my appreciation to the 13 other alliances that have pledged to join for those forces.

"NATO is united and we stand together as one" Stoltenberg told the event. "An attack on one ally will be considered an attack against all."

"NATO is also taking steps to strengthen our presence in the Black Sea region," he said. "There will be a Romanian-led multinational brigade, and we are working on additional defensive measures in the air and at sea as well."

European members of NATO must meet their commitments to spend two percent of their GDP on defense budgets, the head of the military alliance said Monday, after recently speaking by telephone with US president-elect Donald Trump.

During his election campaign, Trump insisted on all members meeting the two percent mark, warning that US support to allies could be contingent on this pledge being met.

"I am absolutely certain that even with new administration, we will have an administration absolutely committed to the NATO alliance," Secretary General Jens Stoltenberg said at a summit in Istanbul, after speaking with Trump on Friday.

"He expressed very strong support for the NATO alliance," Stoltenberg added, but said he understood the president-elect's demands for fair burden sharing.

"If we expect the Americans to make good on their promise to defend us, we have to make sure to meet our pledge," he said.

"I am very encouraged we have stopped the cuts but there is a long way to go, so there is no chance to relax," he said.

However, his demands to increase spending could be a problem for some members of the European Union, who also have to make sure to keep their budget deficits in line with Brussels's regulations.

Estonia, one of several EU nations which is spending above two percent, voiced concerns at the NATO summit about what it sees as Russian aggression in its region, and whether the alliance would come to its defense and provide adequate deterrence.