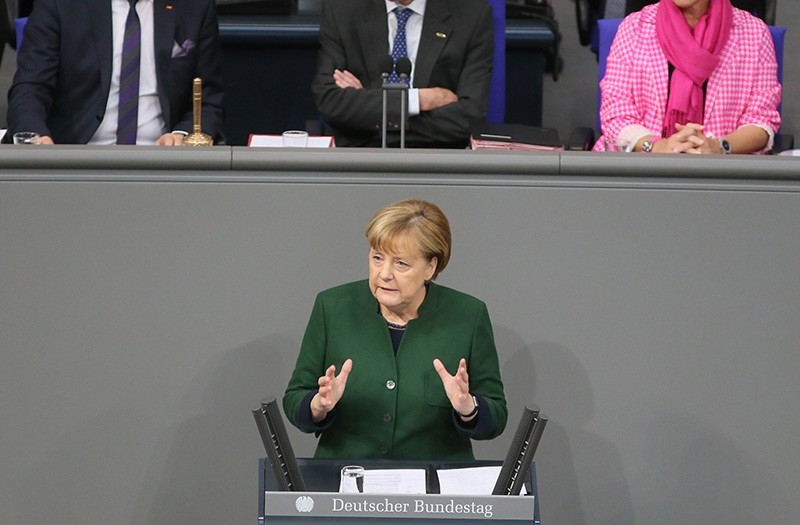 German Chancellor Angela Merkel said on Tuesday that she is in favor of maintaining a dialogue with Turkey, ahead of the European Parliament's announcement that they will hold Turkey's membership in the bloc.

"I will also keep talks going with Turkey," Merkel said during a general debate in the German parliament. "That does not rule out a clear response to what is alarmingly on view."

Merkel said she rejects President Recep Tayyip Erdoğan's accusation that Germany is not playing a sufficient role in the fight against terrorism, saying Germany is just as committed to the issue as others in Europe.

Despite the PKK being an internationally recognized terrorist organization, in 2011, Germany allowed PKK leader Murat Karayılan to speak via video conference call at a festival in Köln. German deputy Nicole Gohlke from the Left Party attended a PKK rally on Oct. 18, 2014 where she gave a speech in front of a banner of imprisoned PKK leader Abdullah Öcalan and much to Turkey's dismay, raised the PKK flag. Upon the Munich prosecutor launching an investigation, Gohlke's immunity was lifted and she was fined 1,000 euros.

German intelligence reports show that the PKK can freely recruit for militants in the country, even though the group is recognized as a terrorist organization.