YPG turns its back on US, threatens to shut down Raqqa operation 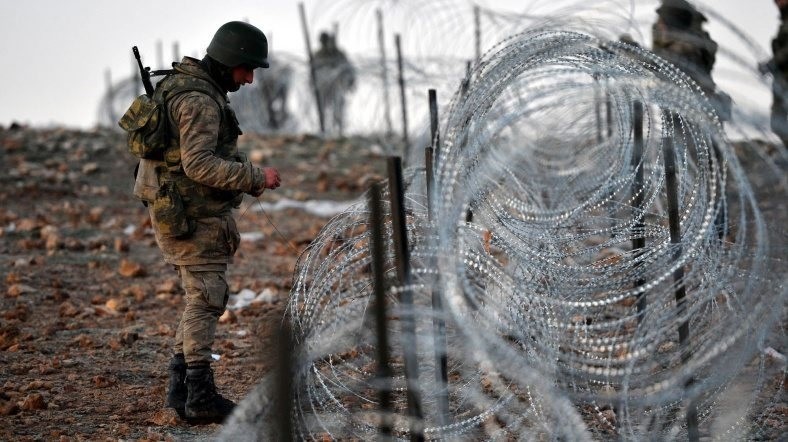 Dominated by the PKK's Syrian offshoot the People's Protection Units (YPG), the Syrian Democratic Forces (SDF) have recently turned their backs on the United States, threatening Washington to end the Raqqa operation.

Ankara has repeatedly warned the U.S. that it should not use a terrorist group to combat another terrorist group, referring to the U.S. tactic to arm the YPG to battle Daesh in the region. On Tuesday, the YPG sent an ultimatum to Washington, saying that the SDF will withdraw its troops from the Raqqa operation and position them in and around Manbij if Turkish airstrikes do not stop.

After the SDF announcement that YPG forces were leaving Manbij turned out to be a misleading move, the Turkish military has since shelled and conducted airstrikes on the Manbij region, killing YPG militants.

Having long ignored Turkish warnings about arming and equipping the YPG, the U.S. now has to deal with the YPG issue. The Turkish military have launched operations against the YPG, which insists on not retreating to the east of the Euphrates.

President Recep Tayyip Erdoğan said yesterday that the next target for the Turkish military after liberating al-Bab will be Manbij, as part of Ankara's plan for a terror-free zone in Syria.

Saying "Manbij does not belong to the YPG," he asserted that Turkey will not let the terrorist group remain in the town.

The U.S. fails to give ear to Ankara's concerns, one of Washington's most important NATO allies. On top of that, U.S. State Department Spokesman John Kirby has called the YPG the U.S.'s "strong partner." Kirby had said in February that the U.S. does not consider the YPG to be a terrorist group.

While Washington did not change its approach towards Ankara's calls regarding the U.S.-YPG relationship, arms and equipment transfers to the YPG further put strain on Turkish-U.S. relations. The U.S. air force had airdropped 50 tons of arms and ammunition to the PYD's armed wing, the YPG, last year.

Ankara also voiced its frustration over the issue, saying that the weapons would eventually end up in the hands of PKK terrorists who ultimately target Turkish security forces.

"The YPG itself knows that its ultimatum will not work while they are in the debt of the U.S. The YPG wants to have its voice heard," the editor-in-chief of the Turkish daily Diriliş Postası, Erem Şentürk said.

As the YPG threatens to shut down the operation to retake Raqqa from Daesh militants, Turkey had previously offered a fully cooperative joint operation to liberate the city. However, the U.S. refused Ankara's suggestion, siding with the YPG on the ground.

"If the U.S. wants to conduct the operation with the PKK's Syrian offshoots, the PYD and YPG, Turkey will definitely not be part of it. If not, we will surely support it," Erdoğan said in late September.

Tensions over the YPG issue are likely to rise after Turkey issued an arrest warrant for Salih Muslim, the leader of the YPG's political wing, the PYD. Muslim is accused of planning and perpetrating the February terrorist attack in the capital Ankara that left 29 civilians dead.

"The U.S. has given the YPG dozens of tons of weapons and ammunition. The YPG cannot just give up on the fight and say that it will abandon the Raqqa operation," Şentürk said.

He questioned the YPG's ultimatum, saying that it was not understandable for the YPG to leave its anti-Daesh fight to exchange blows with Turkey, who has been battling Daesh.