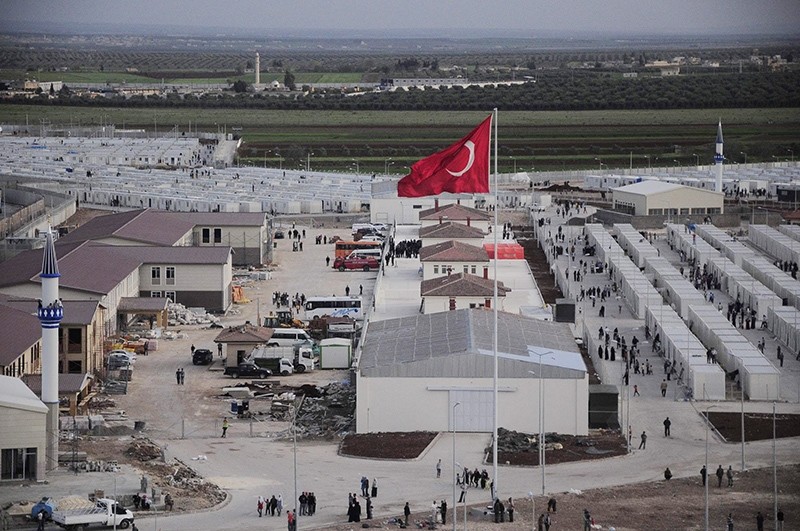 As relations between Turkey and the EU take a nosedive, Germany's federal minister of Economic Cooperation and Development urged the union to keep its word to provide the 3-billion-euro funding for the refugees in Turkey

Germany's Federal Minister of Economic Cooperation and Development Gerd Müller called on the European Union (EU) to keep its promises to provide the 3-billion-euro ($3.18 billion) funding to refugees taking shelter in Turkey, after President Recep Tayyip Erdoğan has repeatedly slammed the union for failing to do so.

Müller made a statement during a meeting with his fellow EU colleagues in Brussels and urged the 28-nation bloc to speed up the process to deliver the promised 3-billion-euro funding to Turkey saying, "Not even one billion euros of the promised 3 billion euros for Syrian refugees taking shelter in Turkey has been delivered to Turkey."

According to EU figures, "the total humanitarian funding provided by the EU to Turkey in response to the Syria Crisis since the beginning of the crisis amounts to 583 million euros as of September 2016." Ankara and Brussels reached a deal in March to stem the influx of refugees and, in exchange, Turkey agreed to receive a 3-billion-euro fund from the EU, as well as visa liberalization for Turkish citizens and more chapters for its full membership bid.

President Erdoğan has repeatedly voiced his frustration over the EU's failure to deliver the fund. "It is us who are taking care of 3-3.5 million refugees in Turkey. You [the EU] broke your promises," Erdoğan said on Nov. 25. Müller fumed at Brussels on the issue of its failure to cooperate more in the refugee crisis. "Turkey should not be left alone in overcoming problems with the Syrian migrants," he said.

A recent decision by the European Parliament (EP) to freeze Turkey's full membership talks led to a crisis between both parties.

The EP decision faced a very harsh response by the Turkey's president. Erdoğan said that borders could be opened to migrants willing to leave for the EU if Brussels "pushes too far."

The opposition Nationalist Movement Party (MHP) Chairman Devlet Bahçeli lent support to the president as well. Speaking at his party's parliamentary group meeting Tuesday, Bahçeli said that Turkey does not need the EU. "Turkey is not Europe's watch guard for migrants," he asserted.

'Turkey has many other alternatives to EU'

Meanwhile, President Recep Tayyip Erdoğan criticized the EU's stance against Turkey Tuesday, particularly the tolerance for the PKK's terror activities by its member states, the European Parliament's (EP) recent vote against the continuation of its accession talks, and the union's ineffective humanitarian support for the refugees in the country.

"The EU's disdainful attitude towards Turkey upsets us. Despite this, we have not closed the books on the EU. However, the current picture does not allow us to be hopeful on this matter. There have always been other alternatives in front of Turkey and we can continue our journey by evaluating one of those alternatives," Erdoğan said during his speech at the "7th Bosporus Summit" in Istanbul, criticizing the EP's recent vote against Turkey's accession talks.

The president had recently expressed that the Shanghai Cooperation Organization could constitute an alternative to the EU, amid the recent row between Ankara and Brussels.

Drawing attention to Turkey's geostrategic location, as a central country between the European, Asian, and African continents, Erdoğan said the EU fails to recognize this reality and importance, leading to the union's hampering of the accession talks.

The president also criticized the member states' reluctance and rejection of refugees, running away from political turmoil and clashes in the Middle East and Africa, saying Turkey hosts nearly 3 million refugees, when the EU countries are not willing to host a few hundred of them.