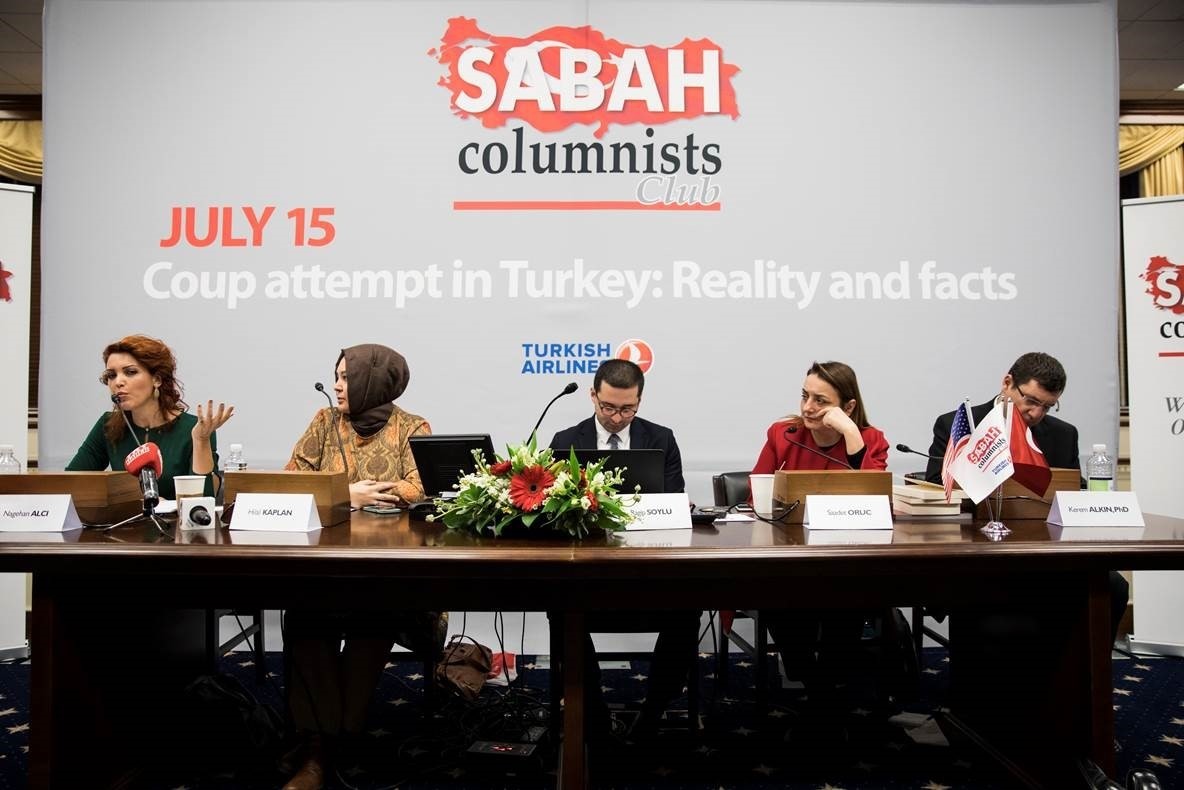 The Sabah Columnists' Club, moderated by Daily Sabah columnist Ragıp Soylu, held a panel addressing the July 15 coup attempt, the Gülenist Terrorist Group (FETÖ) and the cult's illegal activities at the U.S. Congress' Rayburn House Office Building in Washington D.C. The significant panel participants included Hilal Kaplan, Kerem Alkın, Nagehan Alçı and Saadet Oruç, all columnists of the Sabah and Daily Sabah newspapers. Many diplomatic representatives including the former U.S. Ambassador to Turkey James Jeffrey, along with representatives from various media outlets and institutions, were among the audience.

Stating that the popular resistance against the coup was unprecedented, Daily Sabah columnist Nagehan Alçı underscored that hundreds of thousands of unarmed citizens stood against armed forces and tanks. Alçı said that there were people from every walk of life among the resistance, while signifying that women played a very important role. Moreover, Alçı said that the Turkish people felt left out and alone following the July 15 coup attempt. "This was not about loving or hating the government; it was about survival," remarked Alçı. Kaplan gave details about FETÖ's infiltration of state institutions such as the military and the judiciary, and expressed that the cult's leader Fettullah Gülen, who is currently residing in the U.S., is seen as a threat by 90 percent of the Turkish people. Stating that she wants relations between Turkey and the U.S. to improve, Kaplan said: "We should stop the blame game and focus on telling the facts about Gülen and FETÖ." 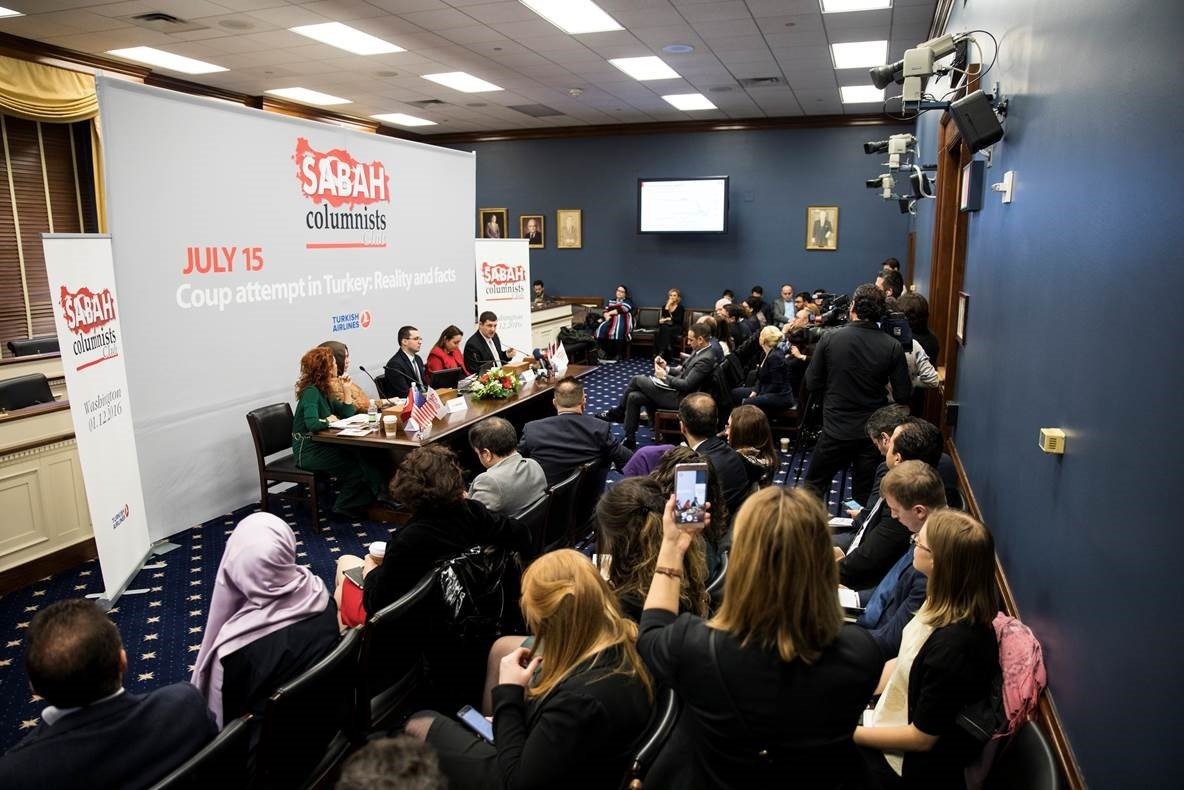 Daily Sabah columnist and Chief Advisor to President Recep Tayyip Erdoğan Saadet Oruç expressed how the biased disposition of the Western media has complicated issues, citing Kyle Griffin's tweet on the night of the coup that alleged that President Recep Tayyip Erdoğan was seeking asylum in Germany as an example. Moreover, Oruç touched on the West's hesitance in condemning the coup, asserting that the West had failed to uphold their principles on democracy. Sabah columnist Kerem Alkın, on the other hand, signified the economic reforms that were championed by the ruling Justice and Development Party (AK Party) and the resulting economic development, while adding that the humanitarian aid provided by the state would be cut and the whole region would be negatively affected if the coup was successful.