CIA had apologized to Turkey over false allegations regarding Daesh 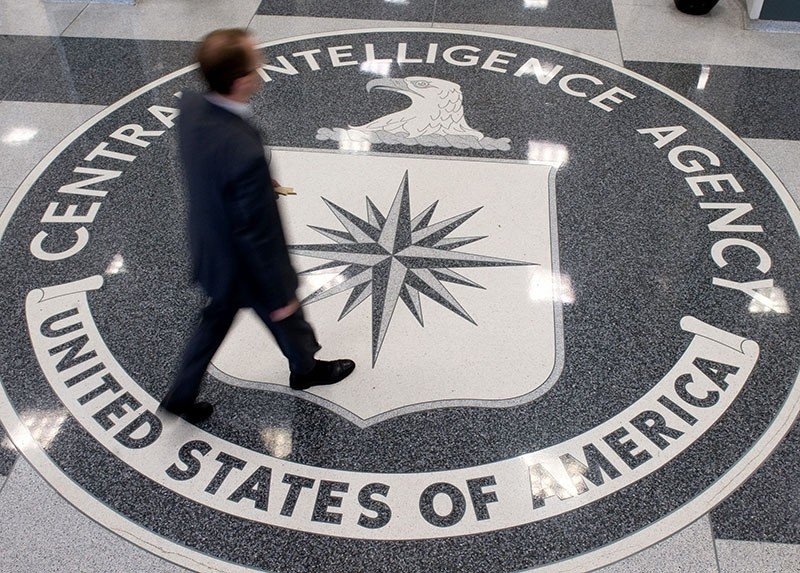 This file photo taken on August 14, 2008 shows a man crossing the Central Intelligence Agency (CIA) logo in the lobby of CIA Headquarters in Langley, Virginia. (AFP Photo)
by Ali Ünal Dec 16, 2016 12:00 am

The U.S. Central Intelligence Agency (CIA) had apologized to Turkey in a written statement over their claims on allegedly revealing Turkey's oil trade with Daesh, Daily Sabah learned from diplomatic sources on Dec. 16.

According to high level diplomatic sources, the incident happened in Sept. 2014 at the U.N. Security Council meetings in New York. During U.S. Secretary of State John Kerry's meeting with Turkish Foreign Minister Mevlüt Çavuşoğlu in Sept. 2014, Kerry implied that they have documents proving Turkey's alleged oil trade with Daesh. While the Turkish side requested that the U.S. provide documented proof immediately, the U.S delivered the alleged documents in Jan. 2015, following constant reminders from Turkey.

After careful examination of the CIA's documents, Turkish National Intelligence Agency (MIT) officials revealed that the geographic locations in the document that allegedly shows where Daesh's oil trade was conducted with Turkey does in fact show the asphalt plant of the Turkey's Kilis municipality in southeastern Turkey. Diplomatic sources also added that following this incident, U.S. officials accepted their mistake and the CIA apologized to Turkey in early 2015. Speaking to Daily Sabah, a CIA spokesman declined to comment on the matter.

Even though Turkey is a member of the anti-Daesh global coalition, allegations claiming that Turkey has been smuggling oil with Daesh take place in the international press from time to time.

In 2014 and early 2015, several U.S. media outlets presented this allegation, however, when the Russian Federation started to use same allegation against Turkey following the Russian jet crisis in Nov. 2015, U.S. officials categorically rejected the claims.

"We reject the premise that the Turkish government is in league with Daesh to smuggle oil. We have seen no evidence to support such an accusation. In fact, Daesh oil smuggling has decreased over time due to the efforts of the Turks and other counter-Daesh coalition members to target oil extraction and transportation infrastructure," U.S. Ambassador to Turkey John Bass said in a written statement on Jan. 28.