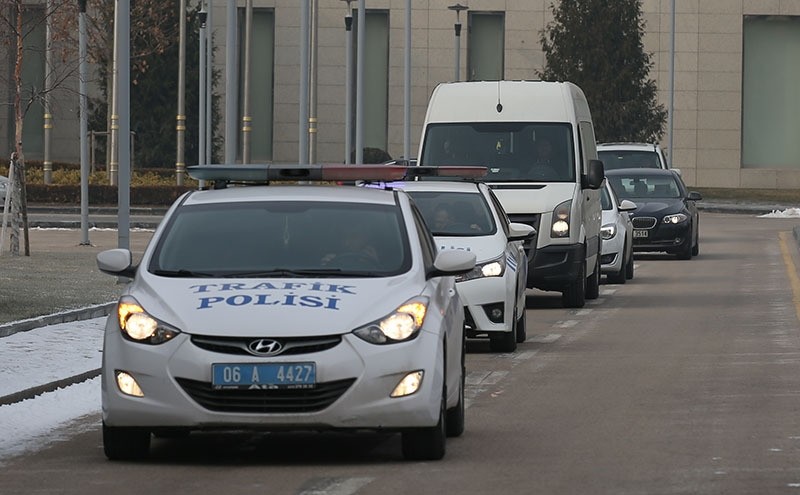 Russian Foreign Minister Sergey Lavrov announced Tuesday that Moscow has sent an 18-person team to Turkey to investigate the assassination of Russia's ambassador in the capital Ankara.

"As decided by our two leaders [Presidents Vladimir Putin and Recep Tayyip Erdoğan], the issue will be investigated jointly. A Russian investigative team has arrived in Ankara," Lavrov told reporters before a bilateral meeting in Moscow with his Turkish counterpart Mevlut Çavuşoğlu.

The team, including one prosecutor and two defense attaches, will investigate the incident together with Turkish officials.

Before their meeting, Lavrov and Cavusoglu laid flowers for the slain diplomat.

Lavrov said the terrorist attack should be thoroughly investigated "as soon as possible."

He added that Karlov's body will be returned to Russia on the same plane that brought the team to Ankara.

Lavrov said Russia is "grateful" for Turkey's quick response to the assassination and that both countries are "determined" to fight terrorism.

"This tragedy forces all of us to fight international terrorism more effectively," added Lavrov.

Lavrov added that he hoped his trilateral meeting with his Russian and Iranian counterparts in Moscow will produce an agreement on Syria.

"The aim of this terror attack was actually to damage relations," Çavuşoğlu said, adding that Turkey knows this and will not let it happen.

Çavuşoğlu said Turkey and Russia will continue to cooperate to reach a political solution in Syria.

Karlov was a "great" diplomat, he added.

He also said Ankara's Karyağdı Street, where the Russian Embassy is located, will be renamed Karlov Street in memory of the diplomat.