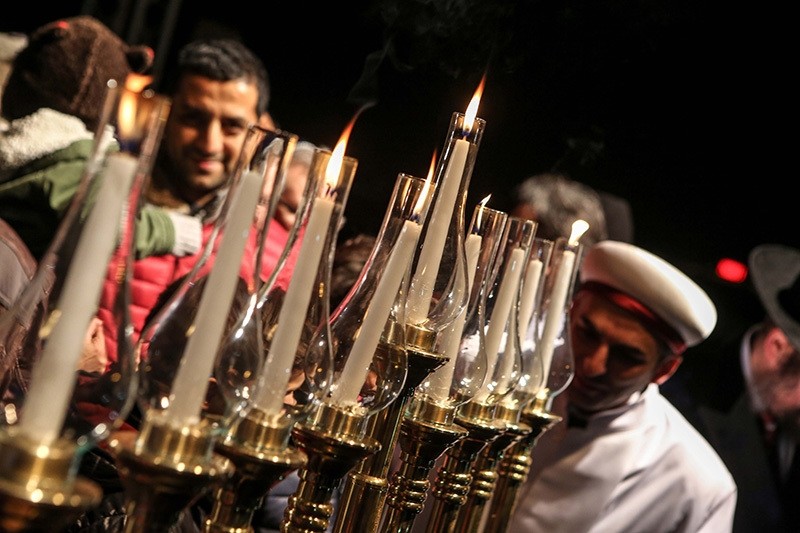 President Recep Tayyip Erdoğan highlighted the importance of diversity and tolerance in a message published on the occasion of the Hanukkah holiday, celebrated by the Jewish community.

In his message, Erdoğan said that Turkey attaches great importance to ensuring that all citizens freely practice their faith and traditions, regardless of their race, religion or language.

He noted that Turkey values the celebration of different cultures and traditions and that the acceptance of such diversity contributes to mutual respect, love and unity throughout the country.

"With these emotions in mind, I congratulate the Hanukkah holiday of all Jewish people, including our Jewish citizens whom we have been living in peace for centuries" Erdoğan said.

On Saturday, Turkey's Jewish community marked Hanukkah as a public event in the history of the Republic of Turkey for the second time.