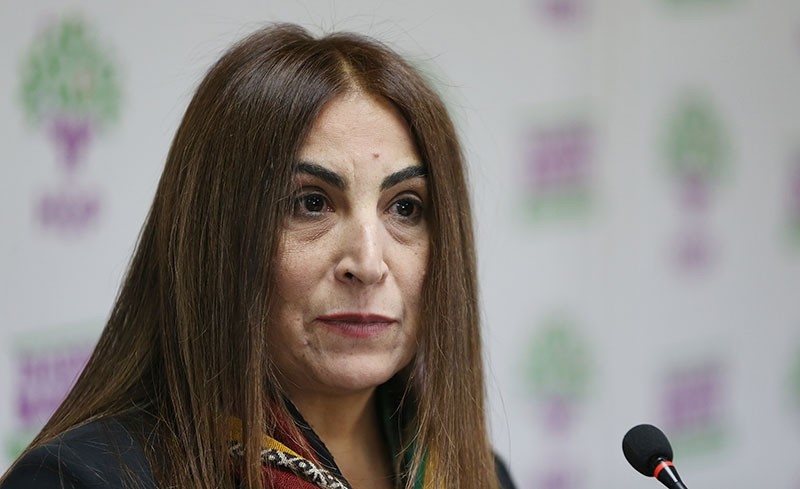 Police detained senior official Aysel Tuğluk of the opposition Peoples' Democratic Party (HDP) in Ankara on Monday morning, according to a police source.

An anti-terrorism police team detained Aysel Tuğluk as part of an investigation carried out by the Diyarbakır Chief Public Prosecutor's Office, the source, who spoke on condition of anonymity due to restrictions on talking to the media, said.

Tuğluk will be sent to southeastern Diyarbakır province following a health check-up.

The HDP has come under fire for its close links to the PKK and members of the party have so far declined to call the PKK a "terrorist group," and attended PKK militants' funerals, two of whom were the suicide bombers who killed dozens of civilians in multiple bombings in the capital Ankara.

In addition, former HDP deputy and current Co-Chairperson of the Democratic Regions Party (DBP), Sabahat Tuncel, who is accused of being a member of a terrorist group and spreading terror propaganda, was also detained.

The government has accused the HDP of having links to the outlawed PKK, which is listed as a terrorist organization by Turkey, the U.S., and the EU.