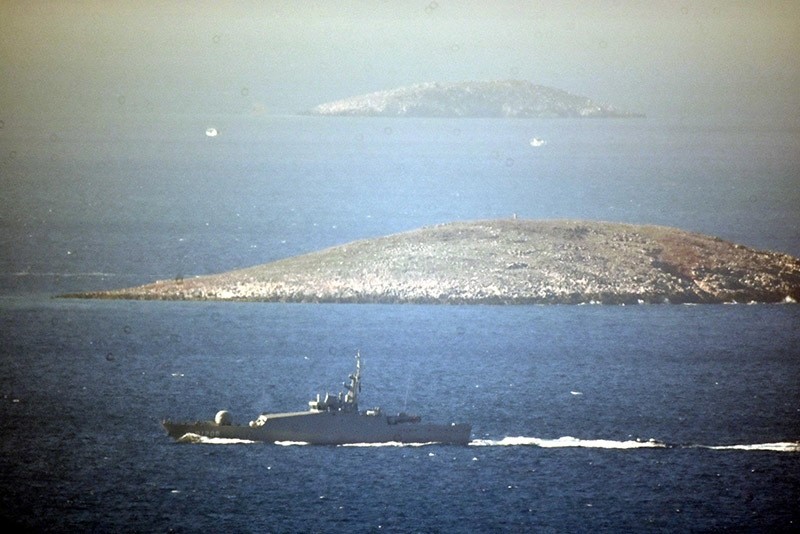 Tension between Turkish and Greek coast guard units escalated in the new year over the islets of Kardak, also known as Imia, in the Aegean Sea after 10 Greek fishing boats violated Turkish territorial waters on Monday, at 09:00 a.m. (06:00 a.m. GMT).

Turkish coast guard boats contained Greek fishing boats and prevented them from dropping anchor in the Kardak islets, located 3.5 miles off Turkey's Aegean coast, forcing them to return to their own territorial waters.

Both Turkish and Greek coast guard units are reportedly maintaining their positions as the tense wait continues.

Three Greek coast guard boats, accompanied by fishing boats from the Greek islands of Kalimnos and Leros, have been sailing around the Kardak islets multiple times since the beginning of late December.

The Kardak islets are a pair of two small uninhabited islets in the Aegean Sea, situated between the Greek island chain of the Dodecanese and the southwestern mainland coast of Turkey.

The islets caused a military crisis between Turkey and Greece on Dec. 25, 1995 when a Turkish vessel shipwrecked on the islets of Kardak.