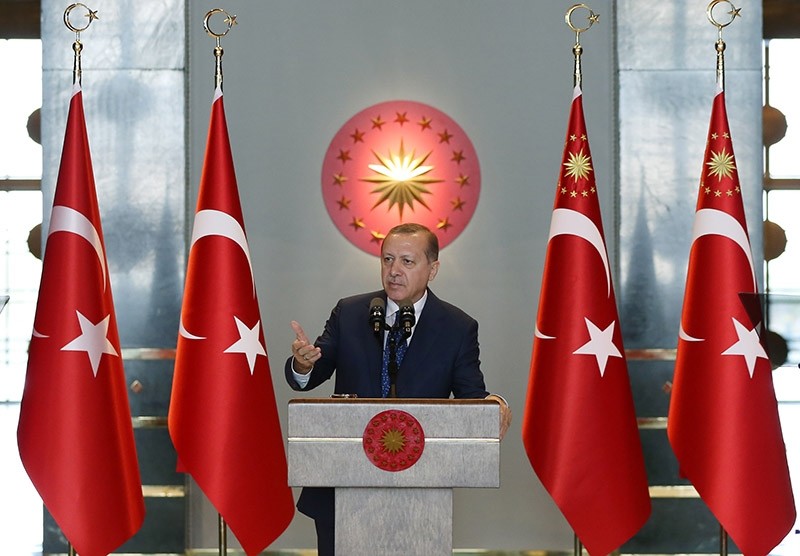 Erdoğan spoke at the 9th Annual Ambassadors' Conference in Ankara and highlighted that Turkey wants to see the U.S. support its ally Turkey against all terrorist threats, including Daesh and the Gülenist Terror Group (FETÖ), without any hesitation.

"In particular, I believe that we will gain momentum regarding regional issues through common understanding" Erdoğan said.

Relations between Turkey and U.S. soured following the Obama administration's failure to cooperate with Turkey against terrorist organizations including the YPG and FETÖ.

Ankara now expects the Trump administration to work closely with Turkey toward FETÖ leader Fetullah Gülen's detention and his ultimate extradition following a tiff with the Obama administration over several issues, such as cracking down on the presence of FETÖ in the U.S.

He noted once again that Turkey has not changed its priorities regarding membership in the European Union.

"The EU still remains as a strategic choice for Turkey" he said, adding that Turkey will continue to take steps towards EU accession, while it will not turn a deaf ear to hypocritical policies of the bloc.

The president urged the bloc to fulfill its pledge under the scope of the readmission agreement signed in March last year and grant visa-free travel to Turkish citizens as promised, while he welcomed suggestions to hold a summit to discuss a number of issues, including Turkey's EU accession.

Erdoğan also said that Turkey is not alone in its fight against Islamophobia and racism, and should join hands with other Muslim communities and migrant groups to fight it.