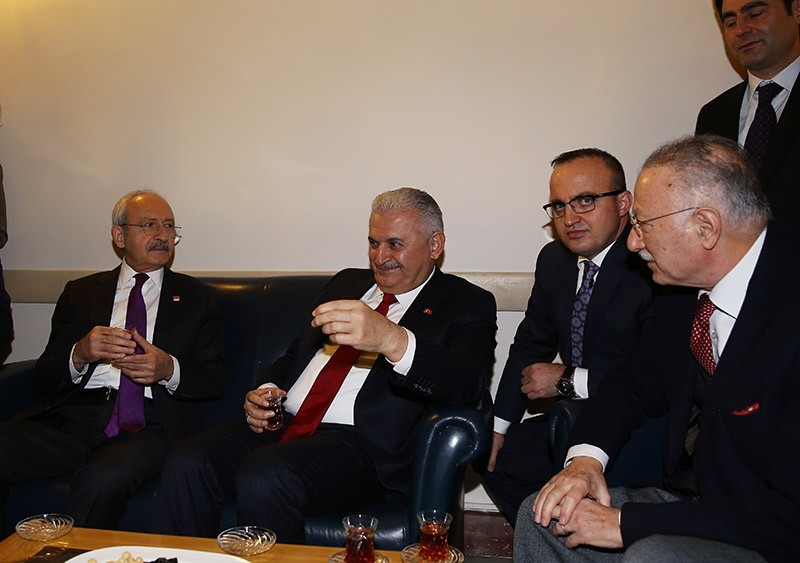 Kılıçdaroğlu reportedly saw Yıldırım passing by the opposition chamber as he headed to the General Assembly and invited him over to his room to chat and drink tea together.

The unplanned meeting struck the media's attention, as the two leaders have differing views on constitutional change and the presidential system.

Yıldırım and his assistants accepted Kılıçdaroğlu's invitation and discussed current issues with the opposition. The two sides reportedly joked around, and enjoyed each other's company, despite a tense atmosphere that surrounded the parliament during debates on constitutional reform.

Parliament's General Assembly launched talks on Monday on the long-debated constitutional amendment package, after 338 out of 550 deputies voted in support of the planned package and adopted the first two articles of the bill. Proposed by the ruling Justice and Development Party (AK Party) and backed by the Nationalist Movement Party (MHP), the constitutional amendment foreseeing Turkey's transition to a presidential system was discussed at the Parliament's General Assembly on Monday.