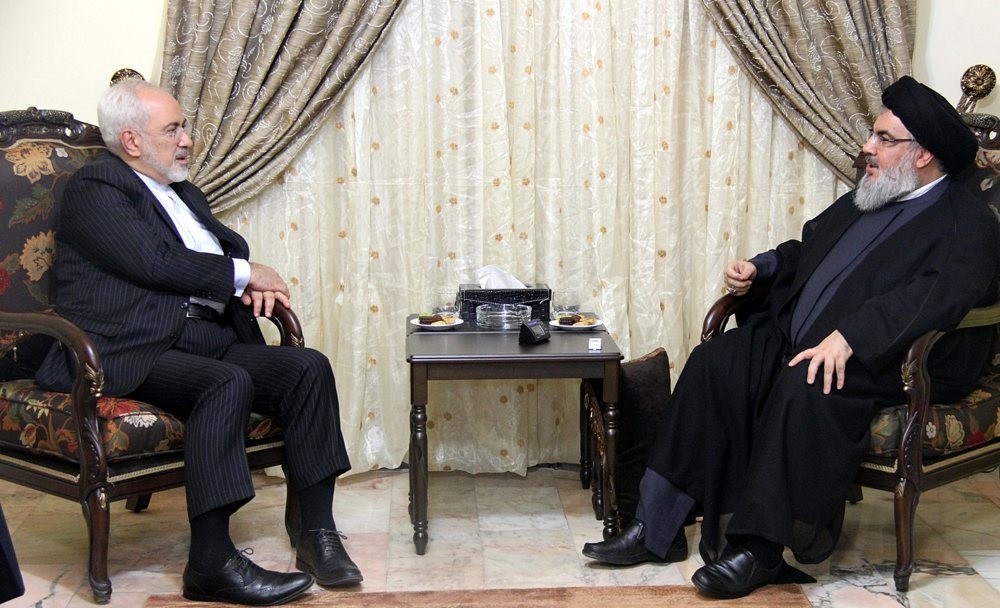 Iran's involvement in the Syrian civil war, backing Hezbollah and other militia groups in support of the Assad regime to expand its influence in the region has become a source for the Shiite, Sunni sectarian divide

Experts agree that Iran's Shiite regime is trying to instigate divisions across the Middle East and strengthen religious groups of the same mindset as a way to expand its influence. Iran's political, cultural, economic and especially military interventions in Yemen, Bahrain, Iraq, Syria and Lebanon, when seen in this light, are clearly aimed at creating instability. They channel public anger against local authorities to create a Shiite hegemony and have become the principal danger to regional peace in the Middle East, as pointed out by Bayram Sinkaya, assistant professor at Yıldırım Beyazıt University and advisor at the Center for Middle Eastern Strategic Studies (ORSAM). Where Iran's dangerous policies are most acute is in Syria, where it directly intervened in support of the Assad regime and recruited Hezbollah, the Iran-backed Lebanese Shiite militia and political party, to fight the moderate opposition forces, resulting in a sectarian divide between the Shiites and Sunnis in the region.

Sinkaya says the bravado of Hezbollah's aggressive policy, spreading with a specific focus in Syria, has also paved the way for mounting concerns about Israel. The rapid expansion in the field dominance of Hezbollah forces seems to disquiet Israel, as the group is receiving a considerable amount of funding and arms support from Iran. As a result, Hezbollah has enlarged its arsenal and gained non-negligible battlefield experience. Based on reports by the Israeli ambassador to the U.N. in July 2016, the group's missile arsenal is growing larger than those of the European Union's NATO states combined. Nevertheless, amid the expanding maneuver area of Hezbollah missiles through war-torn regions of the Middle East noted by Sinkaya, it seems that Hezbollah prefers resorting to "controlled aggression" rather than intensifying pressure against its nemesis Israel. As explained by Sinkaya: "Hezbollah's popularity and legitimacy, which the group gained during impressive fighting against Israel as a resistance movement in 2006, has plunged in the eyes of various communities. Having been labeled as an increasingly radicalized militia group inciting sectarian conflict, Hezbollah has lost its credibility in the region." Sinkaya also added that countries located in the Middle East have begun to see the group, like Daesh, as one of the major threats against regional peace processes.

On Jan. 13, Israeli rockets hit a major air base located in Damascus, which has been used as a base for Hezbollah weapons shipments. According to a recent Newsweek article titled "Hezbollah is the Real Winner of the Battle of Aleppo," since 2015 Israel has been striking Hezbollah weapons convoys in Syria. Bayram Sinkaya also commented on Israel's strategic maneuvers in the region, saying that Israel is one of the most opportunistic countries to benefit from the constant inter- and intra-group conflicts initiated by different Islamic movements. Because of the authority gap in Syria, Israel is periodically attacking Hezbollah militia bases when the aggression of the group turns into a potential danger for Israel's national security. Of course, neither Hezbollah nor Israel appears determined to raise tensions, but they are currently resorting to controlled aggression. As Sinkaya states, Hezbollah does not have sufficient power to handle the war if the group is engaged on distinct battlefronts; it has diverted its resources to win the battle in Syria.

Even though Hezbollah is abstaining from directly attacking Israel, the Iranian Revolutionary Guard Corps (IRGC) and its mercenaries, along with Hezbollah militants, were storming Wadi Barada village near the Syrian capital Damascus on Jan. 12. According to various news agencies, Hezbollah forces in coordination with the Syrian army have launched several attacks in the Wadi Barada valley since Dec. 22, 2016, in order to recapture this strategic location, which provides most of Damascus's water supplies and lies on a Hezbollah-frequented supply route from Lebanon to Damascus. But as Sinkaya notes, the attacks of Hezbollah militias are not having a paralyzing effect on the peace process between Turkey and Russia, the major guarantor powers of the truce.

Finally, Turkey's Foreign Minister Mevlüt Çavuşoğlu has urged the regime and its backers to end their "violations" of the truce, warning that they are jeopardizing this month's planned peace talks in the Kazakh capital of Astana. The Turkish government has been opposed to Iranian designs in the region from the start, trying to ensure its Western allies are on its side against Tehran's regional interventions. It has been a vocal opponent of the Assad regime since 2011, calling for a democratic transition government in the country. As Sinkaya also notes, the interventionist strategy of Iran is prolonging the period of conflict and also provoking unpredictable groups and dynamics in the region. This has an obvious effect on the creation of social and sectarian fault lines embedded in the society.