PM Yıldırım warns Japan on FETÖ structure in the country 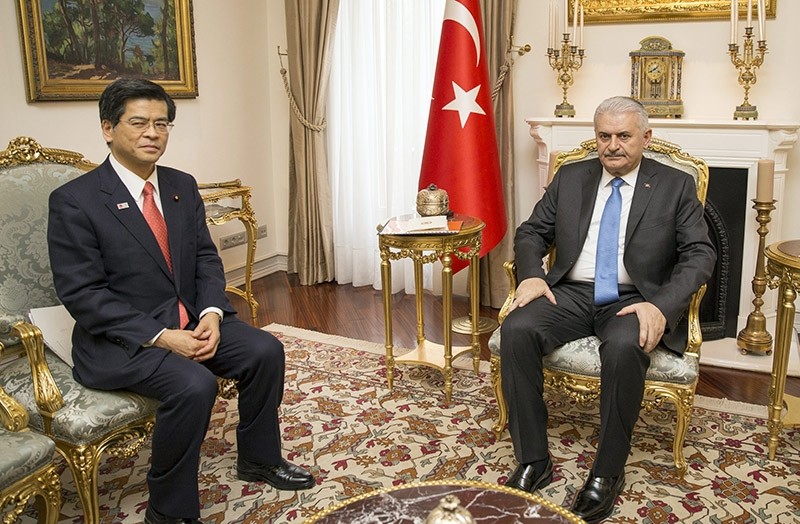 The prime minister welcomed Japanese Minister of Land, Infrastructure, Transport and Tourism Keiichi Ishii and held a meeting in the Office of the Prime Minister in Ankara.

According to prime ministerial sources, which cannot be named due to restrictions on speaking to the media, Yıldırım hailed the two countries' already fruitful ties.

Yıldırım said Turkey sees Japan as an "important trade partner" in the East Asia and Pacific region, and said he expects more Japanese firms to get involved in projects in Turkey, the sources added.

The prime minister also said Turkey expects Japan to take necessary measures against the FETÖ terrorist group on the island.

The Japanese minister Ishii also mentioned that Japan is in "full solidarity" with Turkey and added that the Japanese people were happy to see democracy prevail in Turkey after the July 15, 2016 foiled coup attempt.

Ishii said Japan will continue to look into the FETÖ structure in the country.

Turkey requested Japanese authorities to crack down on FETÖ groups within the country's borders on July 21.

On July 15, a small military junta linked to FETÖ attempted to topple the democratically elected government in Turkey and bring martial law into effect. The attempt was prevented by the military loyal to the government, along with police units and millions of people in favor of democracy.

A total of 264 people, mostly civilians, were killed and over 1,500 people were injured. Opposition parties have united in condemnation of the coup attempt, denouncing it in the harshest terms and underscoring their determination to preserve democracy and rule of law in Turkey.