MHP to have same stance on presidential system during referendum, Bahçeli says 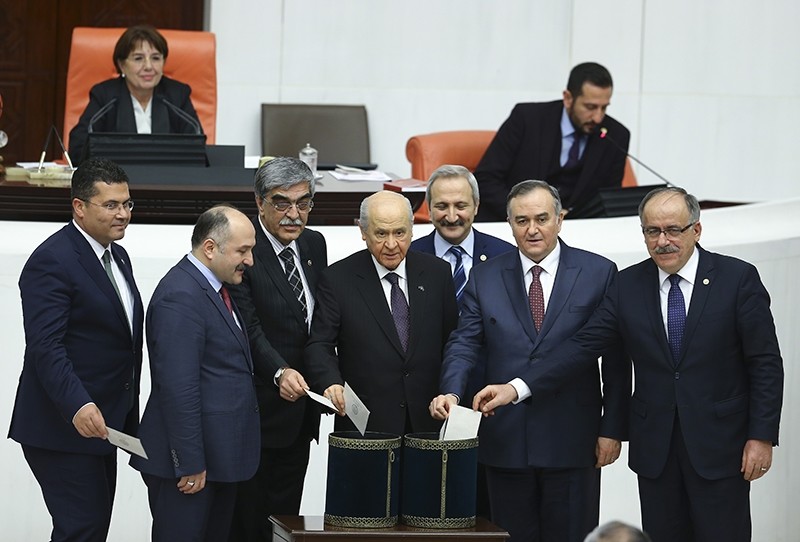 MHP Chair Devlet Bahu00e7eli and MHP lawmakers casting their ballots during the vote for constitutional change at the Turkish parliament (AA Photo)
by Daily Sabah Jan 22, 2017 12:00 am

"MHP lawmakers have paved the way for Turkey's future by voting in favor of the constitutional amendment package, despite all destructive propaganda and attacks" Bahçeli said, adding that the MHP desires to ensure national peace and fraternity, as well as stability and security in Turkey.

"From now on, it is up to the Turkish people to decide" Bahçeli said.

The Turkish parliament approved the constitutional amendment package on Saturday, after two rounds of voting on 18 articles.

A total of 339 lawmakers voted in favor of the amendment package, which will now be forwarded to President Recep Tayyip Erdoğan for approval, before it can be submitted to a referendum, which is expected to take place in early April.

The ruling Justice and Development (AK Party) Party and the MHP have voted in favor of the change, while opposition Republican People's Party (CHP) and pro-PKK Peoples' Democratic Party (HDP) have voted against it.