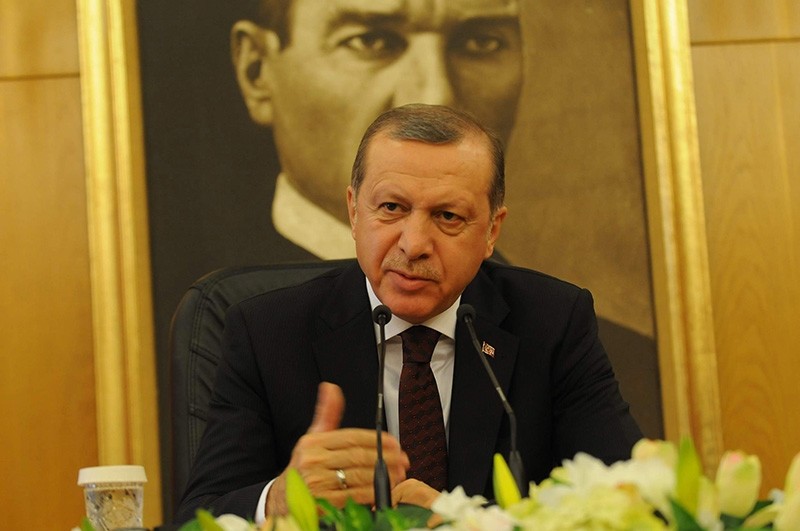 President Recep Tayyip Erdoğan said on Sunday that he will convey Turkey's expectations regarding the fight against the Gülenist Terror Group (FETÖ) to African countries he will be visiting in the next couple of days.

The President spoke to reporters at Istanbul Atatürk Airport before he left for an official visit to east African countries including Tanzania, Mozambique and Madagascar.

He highlighted that the Turkish delegation will discuss measures to take steps against FETÖ schools in those countries.

Erdoğan noted that African countries are increasingly becoming aware of the threat posed by FETÖ, which he said hides its secretive agenda under the guise of education and trade activities.

FETÖ, which is led by U.S.-based Fetullah Gülen, is accused of infiltrating Turkish state institutions, and carrying out the July 15 failed coup attempt, which killed 246 people and injured over 2,000 others.

In response to a question about Donald Trump, Erdoğan said it is still too early to comment and said that unity of the Middle East is of significant value for Turkey.

"We do not want a disintegrated Middle East" Erdoğan said.