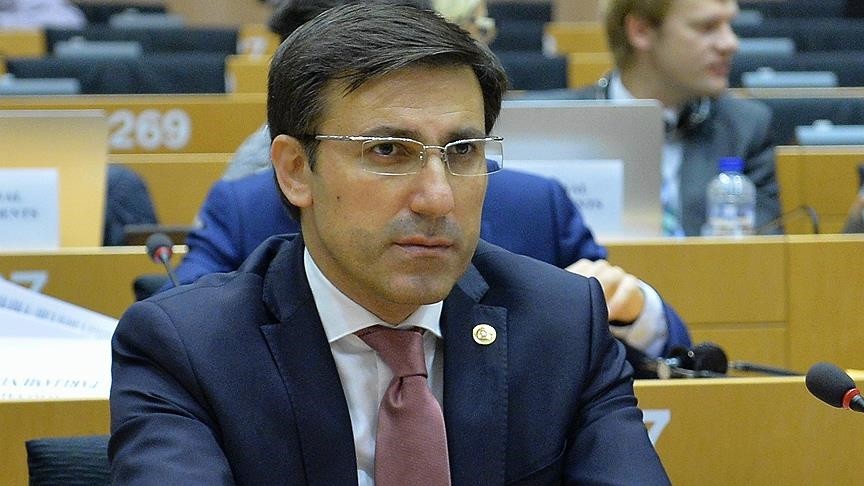 PACE's general assembly voted on an urgent motion regarding "the functioning of democratic institutions in Turkey," that aims to downgrade Turkey's status and reopen the monitoring process. The motion was rejected since a two-thirds majority was needed for it to be adopted.

Speaking to Daily Sabah, head of the Turkish PACE delegation Küçükcan said that the motion came to the agenda of the PACE winter session as a result of the intense efforts of the anti-Turkey lobby. "In 2016, Turkey was already handled as both current affairs and urgent debates. As if Turkey is the only country among the 47 member countries of PACE, it is being constantly debated and we believe this situation is due to ill will towards Turkey," Küçükcan said. "For this reason, we expressed that holding an urgent debate on Turkey at the General Assembly of PACE is not right, as PACE's reporters on Turkey are currently preparing the reports which they will submit in 2017," he added.

Küçükcan underlined the role of the most recent statutory decrees, including one to set up a new commission to receive applications regarding the ongoing state of emergency and reduce possible detention terms from 30 days to seven days, in the rejection of the motion at PACE's general assembly.

If the motion had succeeded, Turkey might have faced a monitoring period that is imposed on countries that are experiencing serious weaknesses in democratic processes or failing to carry out their obligations in human rights and the rule of law. Turkey was under PACE monitoring procedures from 1996 to 2004, after which the monitoring ended amid government reforms in the early 2000s. Since Turkey is considered to be amongst countries that have partially carried out these obligations, it is within the post-monitoring dialogue process.

The motion is expected to be brought to the General Assembly in the spring or summer sessions of PACE. Commenting on this issue, Küçükcan said that they are aware that the anti-Turkey lobby is going to work harder and they will bring forward a motion that demands Turkey return to the monitoring process. "We can express that the anti-Turkey lobby is working hard for the General Assembly in April. It is clear that there is an anti-Turkey coalition in PACE. They act as if Turkey is the only country among the 47 members that has issues," Küçükcan said. "Of course, the developments in Turkey should be followed by PACE and there are existing mechanisms for that. However, we cannot accept PACE being hijacked by 30 or 40 anti-Turkish deputies," he stressed.
RELATED TOPICS