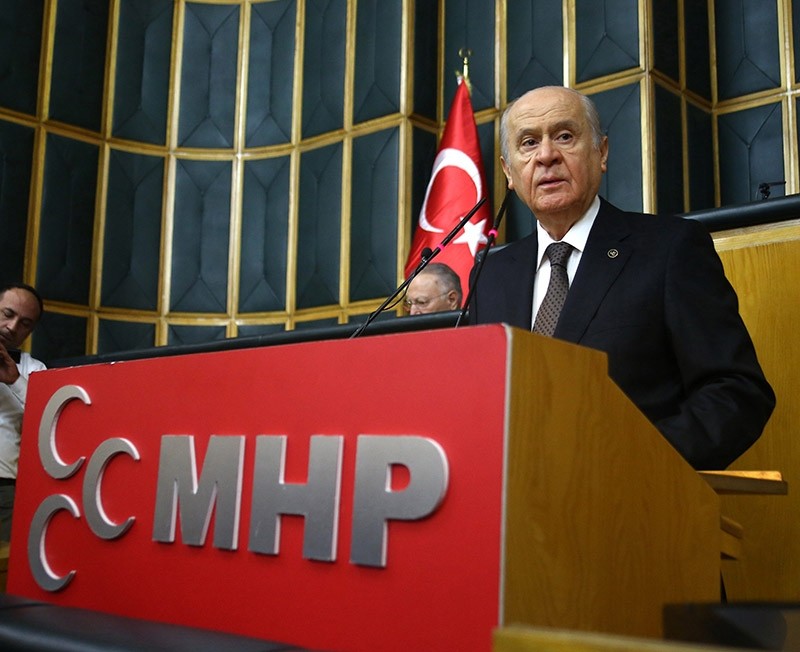 Speaking at his party's parliamentary group meeting on Tuesday, Bahçeli said that his party will support the reform for the benefit of the country.

"They ask us why we say 'yes," Bahçeli said, in reference to opposition parties which criticize the MHP for supporting the constitutional amendment proposal, which was passed by the parliament in cooperation with the ruling Justice and Development (AK Party) Party.

He noted that he thinks even the act of responding to such 'useless' questions is a waste of time.

Bahçeli also slammed critics, who accuse MHP of siding with the AK Party, and said that such people side with PKK terrorist organization and the Gülenist Terror Group (FETÖ).

Main opposition Republican People's Party (CHP), the pro-PKK Peoples' Democratic Party (HDP), as well as the PKK terrorist organization, FETÖ and DHKP-C have pledged to vote 'no' in the upcoming referendum.

He continued by saying that the MHP would surely choose to support President Recep Tayyip Erdoğan over the left-wing/neo-nationalist Patriotic Party led by Doğu Perinçek.

"If we had a chance to choose between Doğu Perinçek and his pro-'No' comrades and Recep Tayyip Erdoğan, everybody should know that we would surely choose to support Erdoğan without exception" Bahçeli said.

The proposed changes must first be passed by 330 deputies in order for a referendum to be held. If the proposal gets the support of 367 lawmakers it could pass into law without a referendum, although the ruling Justice and Development Party (AK Party) said it would hold a popular vote regardless.

The AK Party has 316 seats and President Recep Tayyip Erdoğan hopes the support of the opposition Nationalist Movement Party (MHP), which has 39 seats and last month agreed to back the package, will be enough to secure a referendum.