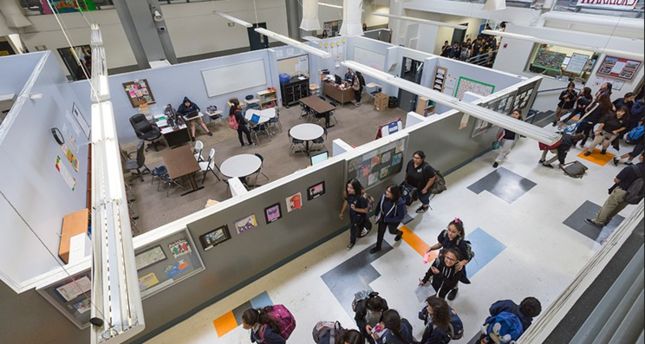 A website investigating activities of charter schools belonging to the Gülenist Terror Group (FETÖ) was wrongfully taken down by its hosting service after fraudulent complaints by someone in Turkey, reports said on Wednesday.

The website www.gulencharterschools.weebly.com, which had been in operation since 2010, was reportedly taken down without any notice.

According to its sister site -- turkishinvitations.weebly.com -- it was "wrongfully taken down by our hosting service Weebly because of a fraudulent DMCA [Digital Millennium Copyright Act] complaint originating from Turkey."

The sister site is run by Citizens Against Special Interest Lobbying in Public Schools (CASILIPS). The group says the site is run by "citizens who became concerned about the growing influence of a secretive foreign movement in our public education system."

In a statement published online, CASILIPS noted that the incident prevented many people from "visiting the site at a time when Gulen charter schools such as the chain in New Jersey were in the news, generating interest in the topic."

Moreover, they noted that an editor of a news website haberyildizi.com based in Turkey had submitted the request to take down content which he claimed was copyrighted.

"Before it was possible to communicate to Weebly that this claim was fraudulent, Weebly had already taken down the entire gulencharterschools.weebly.com website, even though the complaint was about only one page" the statement by the website owners said, adding that the haberyildizi.com website actually plagiarized from gulencharterschools.weebly.com and provided Google cache of the page, as well as a search by Internet Archive/Wayback Machine.

More importantly, they note that the website in question publishes in Turkish, but the specific article in question was written in English and does not resemble a news story.

The group also called for its anonymity to be respected. "The ability of citizens/whistleblowers to blog anonymously is important for democracy," it tweeted.

The website says it remains anonymous "because of legitimate concerns" about FETÖ's retaliatory tactics.

FETÖ operates 140 charter schools in 26 states in the U.S. and have faced criticism from different circles.

FETÖ's schools in the U.S. are usually gathered under umbrella organizations and are managed through foundations. As an example, there are 46 schools, all under the name "Harmony" in Texas, 30 schools under the name "Concept" in and around Ohio, as well as Magnolia.