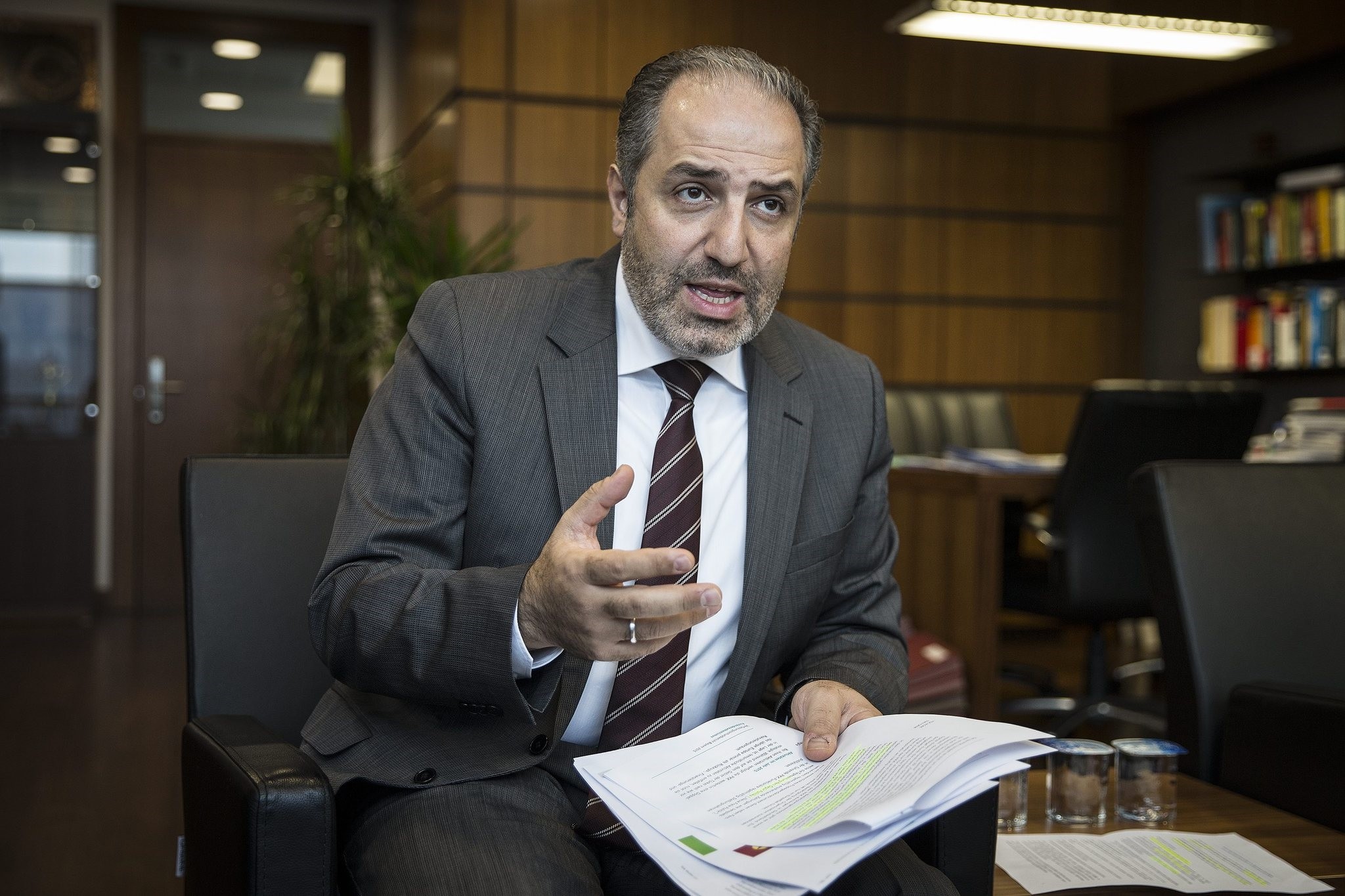 The Parliament's Human Rights Commission head and Justice and Development Party (AK Party) Deputy Mustafa Yeneroğlu criticized Germany's interference in Turkey's domestic affairs and the country's double standards towards the 'Yes' and 'No' sides of the referendum.

"Constantly, there is this perception that Germany is a state of law, but Turkey is not. So let's think about it, for example, if Turkey was interfering with the NSU cases in the same way, in an atmosphere of anger ... [Asking] why, for example, 6-7 witnesses suddenly died, and despite that 9 Turkish citizens were murdered, why these murders, and especially their political connections have not yet been brought to light..." he said, denouncing Germany's attitude towards Turkey and distrust against the Turkish justice system.

As a guest speaker, Yeneroğlu made his remarks at German broadcaster ZDF's Der Polit-talk discussion program moderated by German journalist and presenter Maybrit Illner and evaluated the upcoming referendum on constitutional amendments, Turkey's fight against terror and, in this context, Turkey's perception abroad in regards to the detention of journalists.

Touching upon the pre-trial detention of Die Welt's Istanbul correspondent Deniz Yücel who was detained on charges of terror propaganda, the Turkish lawmaker said that he was taken aback by how Germans are reacting to the whole judiciary process. He said that people were acting like President Erdoğan, himself, or the government was giving the final verdict on whether or not he was guilty, and not the independent and impartial judiciary.

Underscoring that Germany was not allowing those who would like to vote 'Yes' in the referendum to express their opinions, Yeneroğlu asked why government officials were favoring 'No' voters while trying to silence the 'Yes' party.

A ban similar to recent ones against rallies by government officials took place at a Turkish rally in Cologne following the July 15 coup attempt. Tens of thousands of Turks living in Germany gathered in the city to show solidarity with their compatriots back home to condemn the July 15 coup attempt perpetrated by the Gülenist Terror Group (FETÖ). Before the event, Germany's highest court decided to prevent President Erdoğan from addressing the rally via a video call. However, earlier on Sept. 3, 2011, German authorities allowed senior PKK commander Murat Karayılan to address a crowd at a culture festival.

Germany, along with the rest of the EU and the U.S., recognizes the PKK as a terrorist organization, yet still remains one of the prime destinations for FETÖ and PKK members fleeing trials in their native Turkey where they face charges for illegal activity.