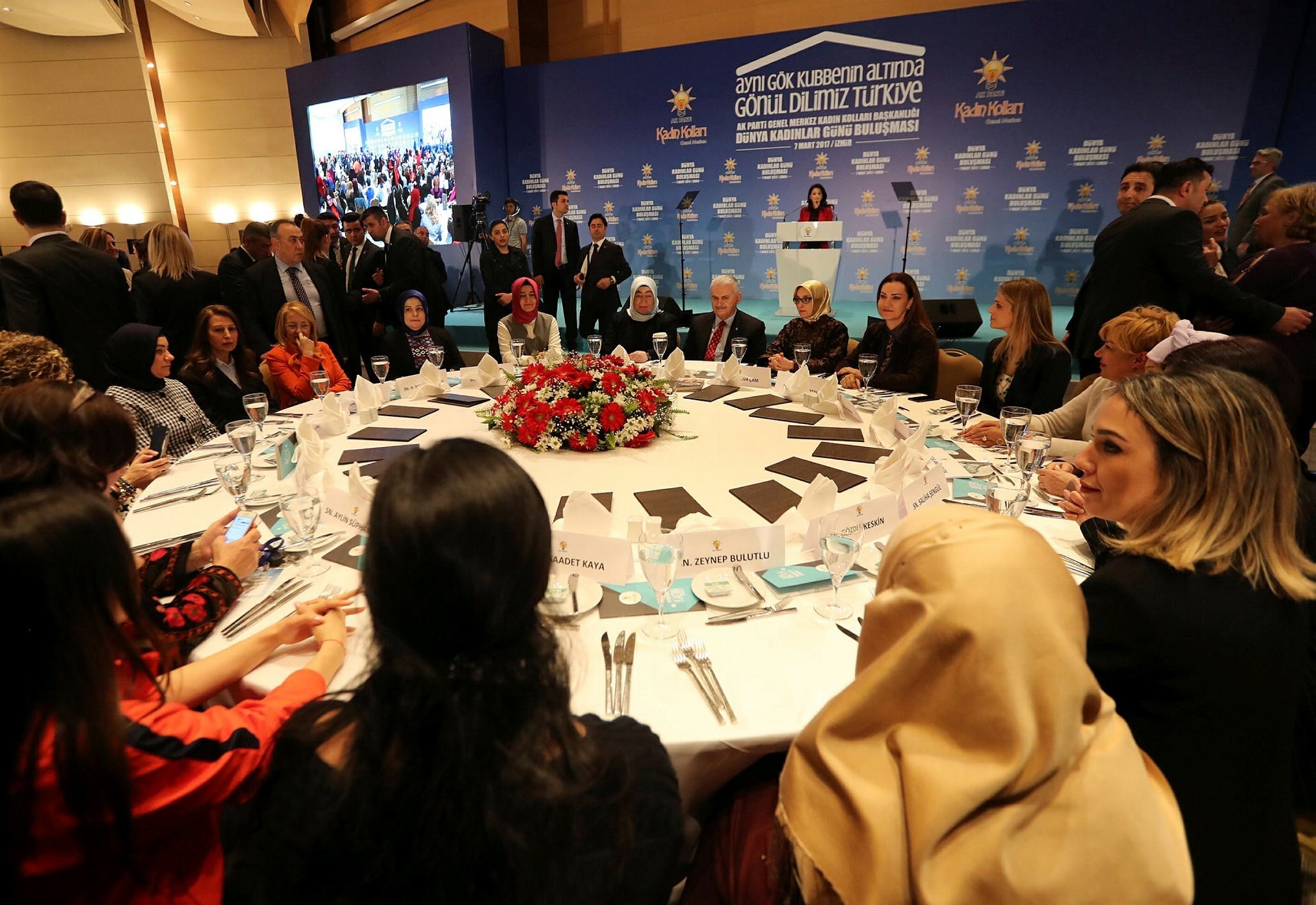 Prime Minister Binali Yıldırım praised Turkish women on Tuesday for their bravery and the sacrifices they made on the night of the July 15 coup attempt during an International Women's Day event in İzmir.

Speaking at the International Women's Day meeting in the Aegean city, Yıldırım asserted that half of the people who fought against the putschist soldiers on the streets were women, saying that Turkish women have never been afraid of fighting for democracy and their country.

The prime minister commemorated the eleven women who were killed on the night of July 15 and mentioned several women who have become the symbol of anti-coup protests that helped suppress the deadly coup bid.

Turkey has achieved remarkable success in improving women's rights since 2002, when the Justice and Development Party (AK Party) first came to power.

Female attendance in primary and secondary schools has risen from 87 percent in 2002 to 97 percent while women's labor force participation rate increased from 24 percent in 2003 to over 33 percent in 2017.

According to 2016 statistics, the number of female lawmakers in the Turkish Parliament today is three times more than what it was in 2002, when they represented 4.5 percent of MPs.

International Women's Day, celebrated on March 8, was born after the labor movements' activities in the U.S. and Europe at the beginning of the 20th century.