'Germany should focus on own unlawful actions' 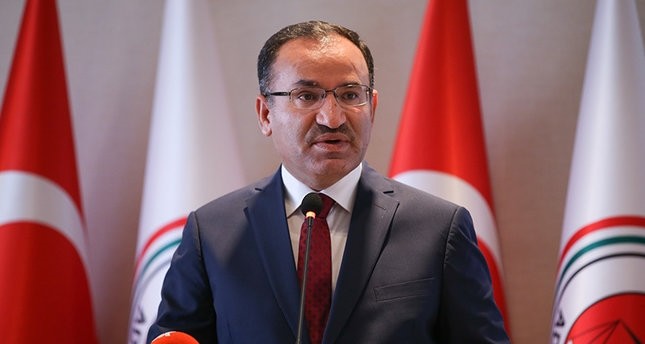 According to information obtained from ministerial sources, Bozdağ wrote a letter to his German counterpart, Heiko Maas, as response to two letters Mass wrote on July 19 of last year and March 2 of this year.

In the letter, Bozdağ emphasized that judicial power is held by independent courts in Turkey, and he said, "No authority or person can have an influence on courts or judges," adding that, "No one is granted privileges in a state of law ... Journalists, judges and lawyers also do not have immunity under the law."

"To this extent, [Turkish-German journalist] Deniz Yücel was arrested for spreading terror propaganda and breeding bad blood among [the Turkish] public, not for journalistic activities as you have asserted. I don't think that any state exists in the world that would tolerate calling for violence, spreading terror propaganda and hate crimes," Bozdağ said.

Turkey's justice minister also wants Maas to explain, "[Upon] what evidence he bases his claims regarding Deniz Yücel's exposure to a disproportionate attitude."

Die Welt news correspondent Yücel was arrested on Feb. 27 due to his links to RedHack, a band of hackers known for their terror links, in addition to spreading propaganda on behalf of the PKK terrorist organization. Minister Bozdağ drew attention to Germany's providing a safe haven to fugitive members of the Gülenist Terror Group (FETÖ), which stands accused of masterminding the failed July 15 coup attempt, saying that, "Germany should focus on providing help and cooperation to Turkey against coup plotters instead of worrying about [the putschists]."