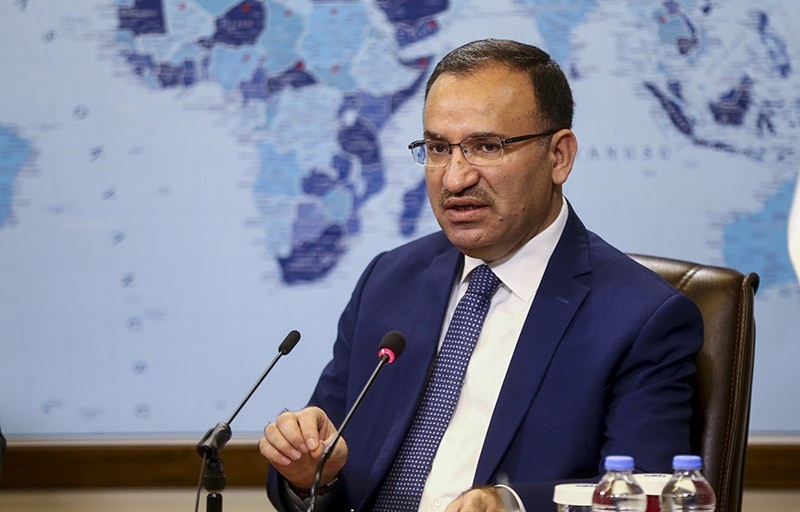 Speaking at Anadolu Agency's Editor's Desk, Bozdağ said that Turkey has requested the extradition of 443 individuals from EU countries since 2007, but the latter somehow refuses to extradite them despite joint agreements.

The Gülenist Terror Group (FETÖ) has been using Germany, the host of the largest Turkish population abroad, as its main functioning center and German authorities have embraced the structures of the group with open arms, a recent report has said.

The safe haven offered to terrorists by Germany, Belgium and others has created an anomaly and outrage among Turkish people.

Bozdağ continued by saying that the EU does not want a stable Turkey and shelters those carrying out activities against it.

Bozdağ noted that this "proves" the idea that Western countries protect whoever tries to inflict damage on Turkey and betrays it. "This is unacceptable and not sustainable" Bozdağ said.

Though the PKK is on the EU's official terrorist organization list, Turkey has complained of member states' indifference towards the terrorist group. Ankara argues that although EU leaders condemn PKK terror in rhetoric, the activities of the group in the EU countries contradict the EU authorities' stances.

Regarding the extradition of Gülenist Terror Group (FETÖ) leader Fetullah Gülen, the minister said that he will hold a phone conversation with his U.S. counterpart later on in the day.