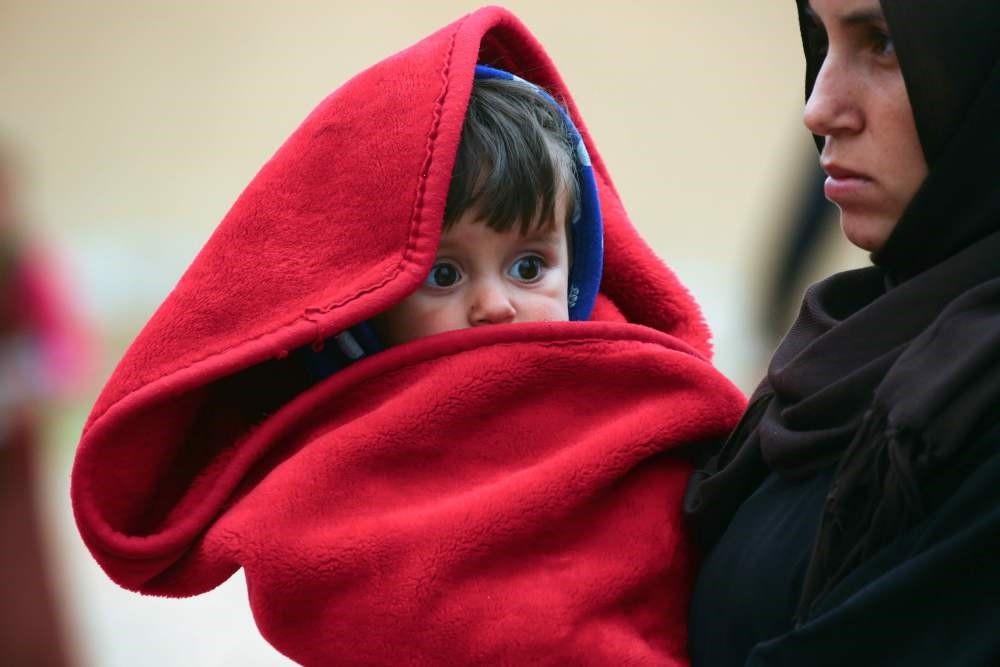 Some vulnurable Syrians living in Istanbul think that foreign NGOs educating their children have a hidden agenda.
by Yunus Paksoy Apr 01, 2017 12:00 am

Having fled a deadly war in Syria, millions of Syrian refugees have found safe shelter in Turkey, but some of them feel threatened by foreign NGOs ‘trying to degenerate their culture and take their children'

Millions of Syrians have fled the bloody war in their country and come to Turkey. Hundreds of thousands of them are accommodated in refugee camps and others are settled across Turkey.

Many aid organizations, both Turkish and foreign, help Syrians adapt to their new life. Some Syrian parents in Istanbul, however, are concerned that some foreign nongovernmental organizations (NGOs) are "degenerating" their culture.

"They are trying to take our children from us," a father in his 40s told Daily Sabah, who wanted his name to remain anonymous.

The father pointed to Small Projects Istanbul (SPI), a registered NGO in Istanbul that mainly works with Syrian women and children as well as teenagers. "They are focusing on widows and orphans. They are trying to change the way Syrians live," he contended.

A 17-year-old Syrian, who also wanted his name to remain anonymous, recalled his memories with the SPI. According to the SPI, Syrian children are being taught "how to become free."

"Their activities are strange to me. They make us dance with girls, hug them and kiss them. It is forbidden in our culture and religion," he said, adding, "but children are not able to understand it."

Another Syrian who has visited the SPI projects, also 17, said he feels embarrassed by what he was supposed to do in the activities. "We attended an activity in a basement. They made us shake hands with girls our age and hug each other," he remembered.

A female Syrian psychologist, who works as a teacher for Syrian children in Istanbul, has observed the changes some Syrian children go through having attended the SPI projects. "Boys and girls, who I know used to pray and read Quran, stopped praying and reading," she said, adding that they are drifting away from their culture and religion.

In the face of such claims, Daily Sabah reached out to SPI, requesting an interview with SPI's Co-Director Shannon Kay. However, the SPI press office rejected Daily Sabah's request, saying that the SPI is trying "to keep a low profile," before the April 16 constitutional referendum in Turkey.

The psychologist contended that families receive money from such foreign NGOs. The father confirmed receiving money. "Some of the families are happy because they receive money, but most of them are undereducated and do not know what is going on in these centers," the father said.

"We lose the children," the psychologist said.

Another teacher at a Syrian-Turkish education center said girls are encouraged to take off their hijabs. "They tell the girls that it is not a religiously compulsory but a tradition. They tell them to take off the hijab without forcing it," the teacher claimed.

The interviewees expressed that their culture is so similar to Turkish culture, adding that there is no hurdle in their way of living their culture in the country. Having fled a hell-like environment in Syria, some vulnerable Syrians think that such foreign NGOs are being insensitive while others claim that they have "a hidden agenda."