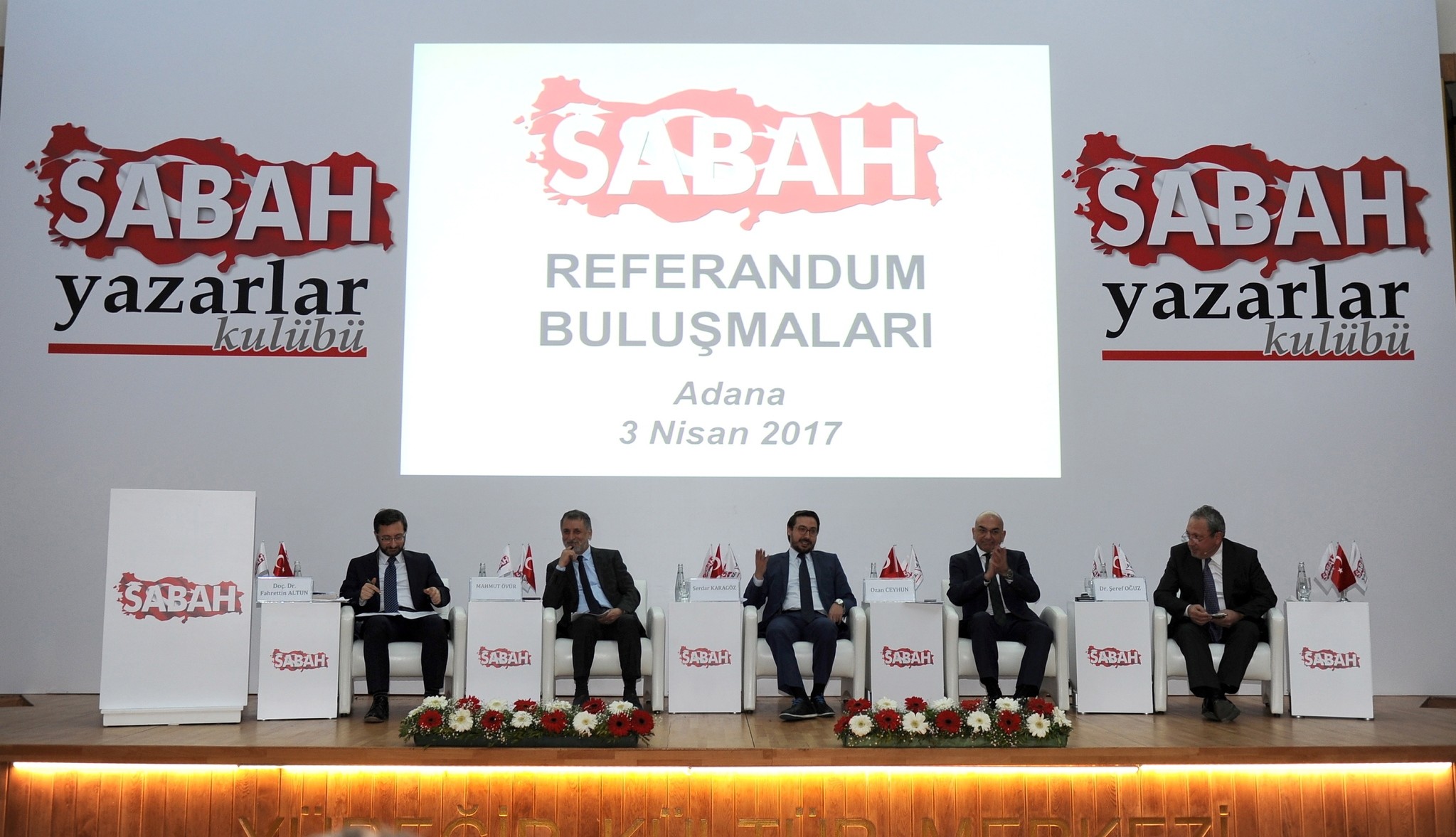 by Murat Karaman Apr 04, 2017 12:00 am
The Sabah Columnists' Club held a panel on Monday in the southern province of Adana to discuss the April 16 constitutional referendum. During the meeting, Sabah and Daily Sabah columnists underlined that the European states will eventually have to accept the "Erdoğan reality" after the their disappointment concerning the April 15 referendum.

Columnist Ozan Ceyhun highlighted that the European states are attempting to stage a negative perception campaign against Turkey.

"Starting with the Netherlands, Germany and Switzerland have also been campaigning for a 'no' vote with their media-produced Turkish headlines," Ceyhun said, adding that the European states are not able to come up with alternative leadership. "Europe does not benefit from a strong Turkey. They are not used to that," he added.

Meanwhile, columnist Fahrettin Altun said that with the new system Turkey will be taking a new step in its governance.

"There is a need for a government system that functions smoothly," Altun said, highlighting the need for institutionalizing the gains of the last decade in the new system.

Turkey will be holding a referendum on April 16 on the constitutional changes proposed by the Justice and Development Party (AK Party) and the opposition Nationalist Movement Party (MHP).

The proposed law gives executive powers to the president and vice president, while abolishing the post of the prime minister. It also lowers the age of candidacy for parliamentarians from 25 to 18 years of age and increases the number of parliamentarians from 550 to 600 in accordance with the country's growing population.
RELATED TOPICS