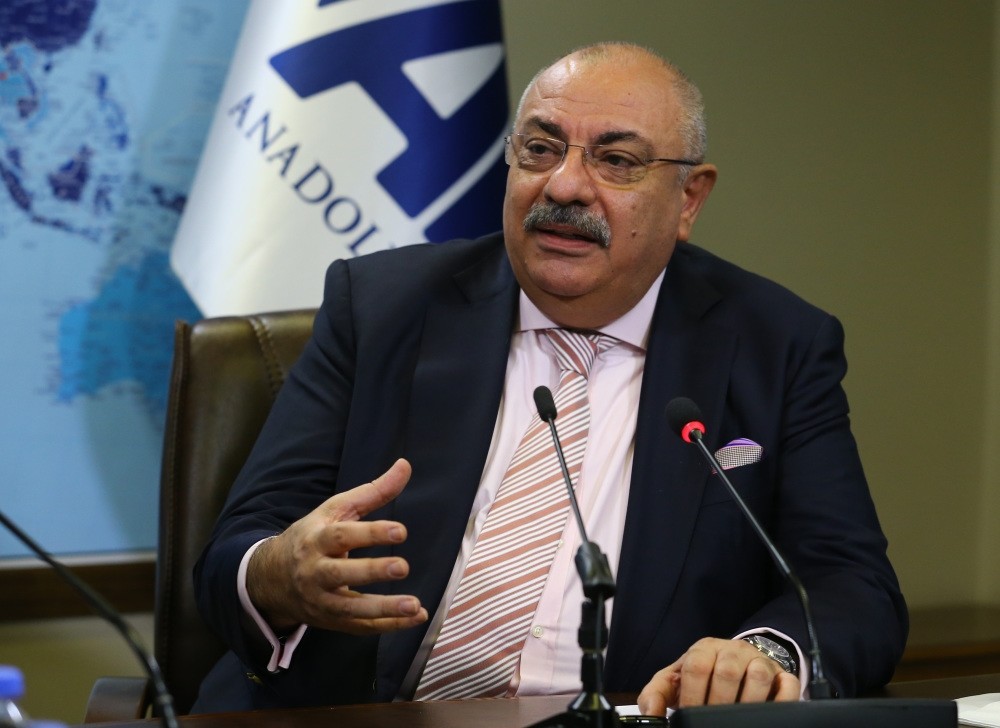 Deputy PM Tu00fcrkeu015f said the claims are very serious and required to be proven by the CHP leader.
by Daily Sabah Apr 07, 2017 12:00 am
Recent claims from the main opposition Republican People's Party (CHP) Chairman Kemal Kılıçdaroğlu, saying that the July 15 failed Gülenist coup attempt was a "controlled coup," has drawn further criticism from the government.

Deputy Prime Minister Tuğrul Türkeş, speaking during a live broadcast on Thursday said, "Kılıçdaroğlu's claim is very serious and if he has any proof to support his case, he needs to communicate it with the appropriate legal and government bodies."

Commenting on Kılıçdaroğlu's controversial discourse regarding the bloody coup attempt, Türkeş said, "A coup attempt [clearly] means a coup attempt. Any person who deceives in order to benefit from this issue should be called a 'mental patient.' I don't think that we have such a person in Turkey. For this reason, it is a meaningless accusation."

Saying that Kılıçdaroğlu's accusations may raise serious issues, Türkeş noted that Turkish politicians should be more responsible while speaking to the public.

In other developments, the deputy prime minister condemned the recent "crimes against humanity" committed by the Assad regime, which is being accused of killing around 100 civilians and injuring 500 others, mostly children, in a chemical attack in Idlib.

Türkeş expressed his sorrow over the death of civilians, especially children and women, and criticized those trying to justify the Assad regime.

"On one hand, it is said that the [Assad] regime used chemical weapons against the opposition while on the other, it is being said that the regime actually bombed a warehouse storing the chemical weapons. I do not think there can be a distinction between the two," he said, emphasizing that maintaining the safety of civilians was the only thing that mattered.

"The regime acted without thinking about the safety of civilian lives," he added.

Türkeş said that even if the attack was done to destroy warehouse, the regime should have known that the chemical agents would likely cause harm and it should not have taken such action.
RELATED TOPICS