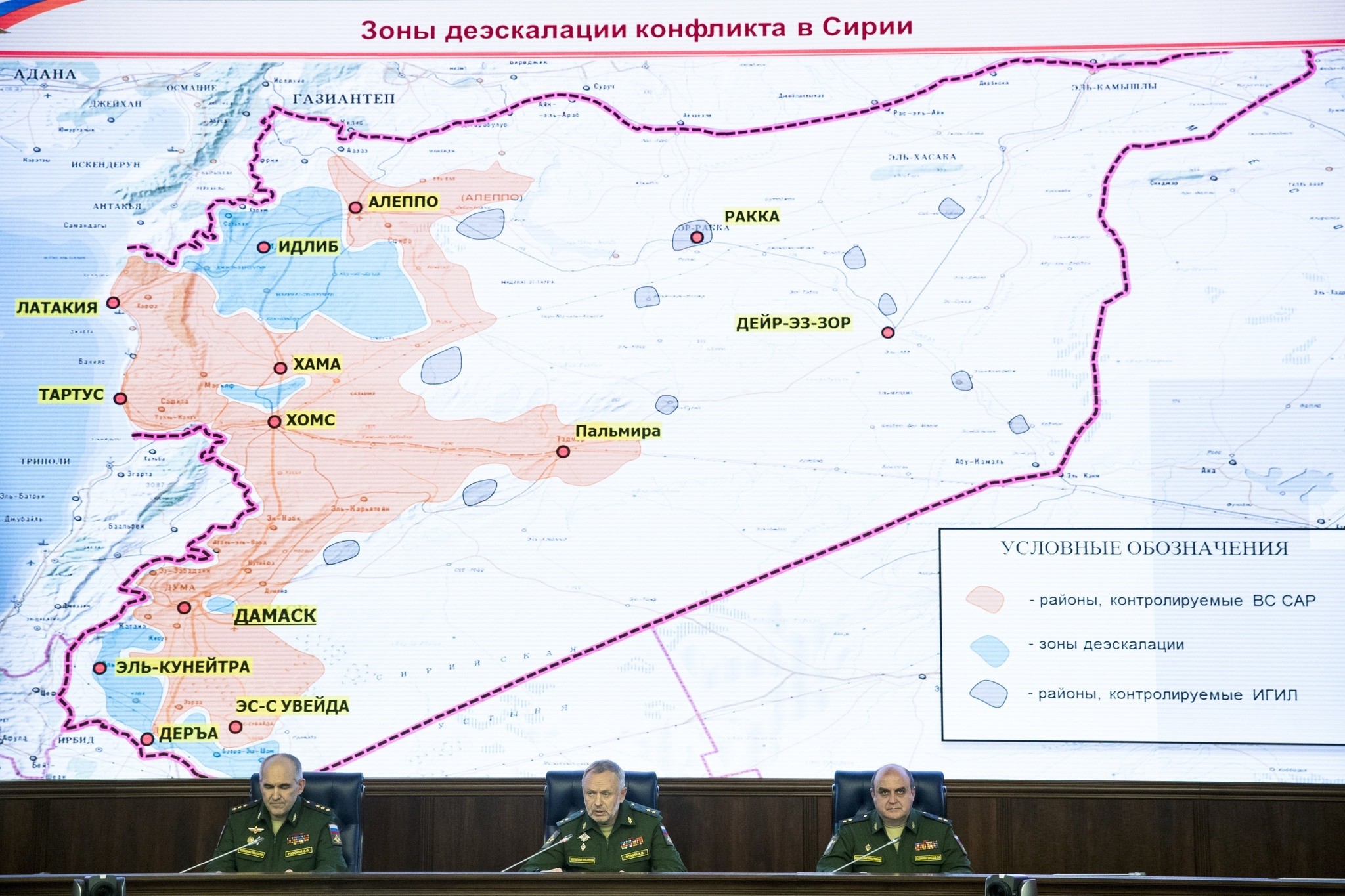 The plan to establish "de-escalation zones" in Syria has come into effect at midnight on Friday, however, it will be at least another month before all the details are worked out and the safe areas are fully established.

Russian military officials said the plan, which was agreed to in Syria talks in Kazakhstan's Astana on Thursday, envisions establishing four safe zones that could bring relief for hundreds of thousands of Syrian civilians and encourage refugees to return.

Russia, Turkey and Iran are to enforce the zones, but Russian general staff official Col.-Gen. Sergei Rudskoi said Friday that other countries could participate. He did not elaborate on who those countries might be.

The "de-escalation zones" to be established in Syria will be closed to military aircraft from the U.S.-led coalition, the Russian official who signed the agreement also said Friday. Under the current plan, Assad regime's air force would halt flights over the designated areas across the war-torn country.

Alexander Lavrentyev spoke a day after he and officials from Turkey and Iran agreed to establish the zones, in the latest attempt to reduce violence in the Arab country.

But the Pentagon said the de-escalation agreement will not affect the U.S.-led air campaign against Daesh.

"The coalition will continue to target ISIS wherever they operate to ensure they have no sanctuary," said Pentagon spokesman Marine Maj. Adrian J.T. Rankine-Galloway, using an alternative acronym for Daesh.

On Thursday, as the agreement was being signed in Astana, the capital of Kazakhstan, some members of the Syrian opposition delegation, who returned to the table following efforts by Turkey's National Intelligence head Hakan Fidan, shouted in protest and walked out of the conference room.

The opposition was protesting Iran's participation at the conference and role as a guarantor of the agreement, accusing it of fueling the sectarian nature of the conflict that has killed some 400,000 people and displaced half the country's population.

The walkout and the comments underline the huge difficulties of implementing such a deal.

A previous cease-fire agreement signed in Astana on Dec. 30 helped reduce overall violence for several weeks but eventually collapsed. Other attempts at a cease-fire in Syria have all ended in failure.

Sponsors of the deal hope that safe zones would bring relief for hundreds of thousands of Syrian civilians and encourage refugees to return. But officials have expressed skepticism, stressing that safe zones have not had an encouraging track record.