Turkey plans to build security wall on border with Iran 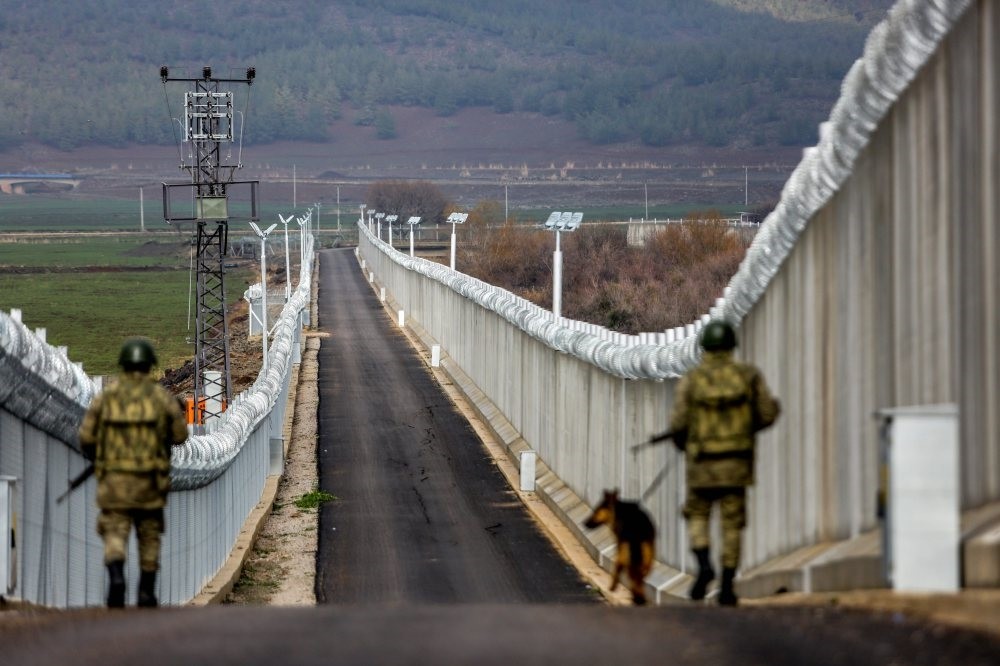 The ,Turkish Wall,, which was built on the Syrian border due to security reasons, is being patrolled by troops along the 900-kilometer (559-mile) long corridor.
by Daily Sabah May 09, 2017 12:00 am

Turkey is preparing to build a wall on its Iranian border similar to the one on its Syrian border as a part of new security measures aiming to prevent terrorist organizations from gaining entry to the country, according to some Turkish media reports, citing security sources.

There are several camps that belong to the PKK, hosting approximately a thousand terrorists, within the Iranian border. In the case of military operations against the PKK bases in eastern Turkey, the terrorists can easily go beyond the border and take shelter in those camps or illegally cross the border and enter the country. In order to prevent such crossings, a plan has been made for a wall to be built along the Iranian border, similar to the one on Turkey's Syrian border.

Dubbed the "Turkish Wall" by the local media drawing comparisons to the Great Wall of China, the concrete blocks that straddle the 900-kilometer (559-mile) long border are being patrolled by troops.

The wall encompassing Turkey's volatile border with its southern neighbor Syria is one of the longest walls in the world. A 77-kilometer section of the 105-kilometer-long wall between Azaz and Jarablus, two previously Daesh-controlled Syrian towns cleared by the Free Syrian Army (FSA), has already been completed. Turkish authorities have announced that the wall will be finished in the first half of 2017.

The concrete blocks, which are each 2 meters wide, 3 meters high and weigh 7 tons, are being installed on a border where Turkey faces the threat of infiltration and attacks by both Daesh and a Syrian-affiliate of the PKK, the Democratic Union Party (PYD).

The wall's construction was hampered at times by a spillover of violence from Syria, which is engulfed in an ongoing conflict with multiple actors, including forces loyal to Bashar Assad, Daesh and the PYD.

The wall is being built behind minefields, deep ditches, and is being reinforced with barbed wire and steel fences. Soldiers secure the area from watch towers along the wall, while armored military vehicles patrol around the clock.

The wall also extends to the country's border with Iraq, where both Daesh and the PKK have hideouts.
RELATED TOPICS