State of emergency will continue until peace fully implemented: Erdoğan 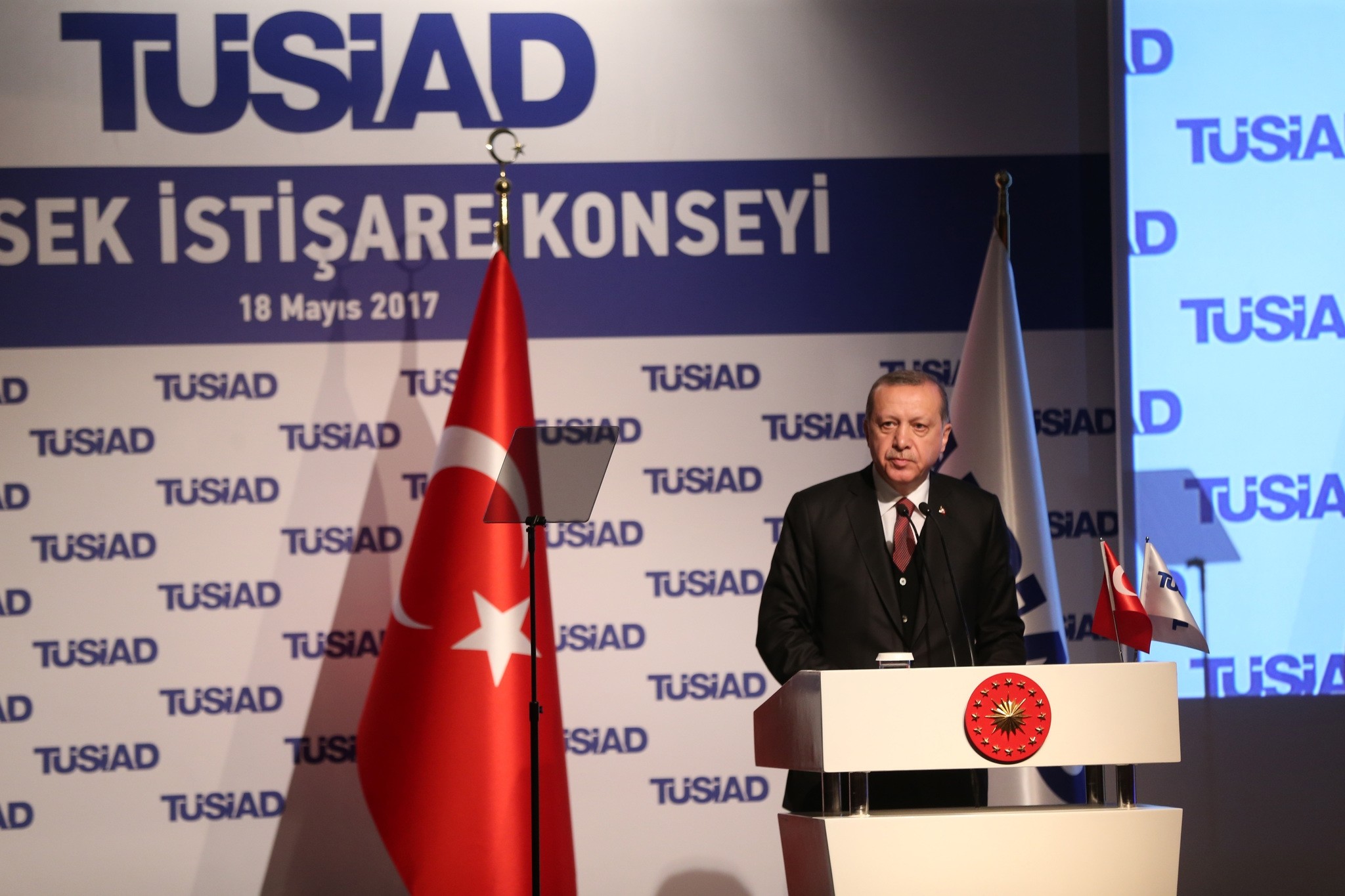 The state of emergency imposed in the aftermath of the July 15 failed coup attempt will not be lifted until the situation in Turkey reaches peace, President Recep Tayyip Erdoğan said Thursday.

Speaking at the high advisory council of Turkish Industry and Business Association (TÜSIAD), Erdoğan said the state of emergency did not pose a problem for businesses or citizens in Turkey and that it was imposed to target terrorist groups.

"After an operation aimed at our state killed 249 people, there are still calls to lift the state of emergency. It is continuing so to ensure the peace in Turkey," Erdoğan said.

Erdoğan also commented on Turkey's fight against the PKK's Syrian offshoot, the Democratic Union Party (PYD) and its armed wing, the People's Protection Units (YPG) and Daesh in Syria, saying Turkey would not hesitate to carry out further operations like its Euphrates Shield campaign.

He reiterated that Turkey would not participate in the operation to retake the Syrian city of Raqqa from Daesh as long as U.S. cooperated with YPG terrorists to free the city.

The U.S. administration has been supporting the YPG and earlier this month decided to provide heavy weapons to the group in its fight against Daesh.

Turkey has furiously condemned the U.S. decision, arguing that supporting a terrorist group to fight another was a mistaken strategy. The U.S. has argued that the PKK is different from the YPG, which evidence fails to corroborate.