Austria slammed for bans on the Quran, face veils 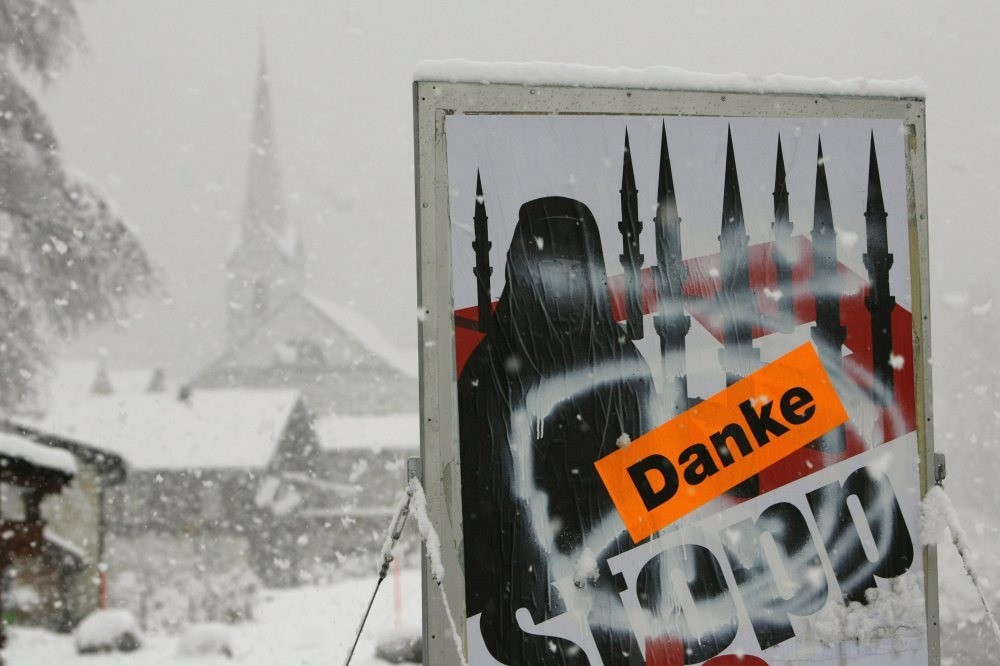 Anti-immigration sentiment across Europe has surged during last years, as seen in the photo.
by Daily Sabah May 20, 2017 12:00 am

Austria banned the distribution of Quran and also wearing any garment that covers the face such as the burqa, signifying that lives of the Muslims living there may get harder in the upcoming days.

Austria's recent legislation outlawing the use of garments that fully cover the face of women, such as the burqa, as well as the distribution of the Quran in public, has drawn wide criticism from different circles. Austrian Islamic Community Chairman İbrahim Olgun told Anadolu Agency that such legislation would not bring any good to Austria. Stressing that it is not acceptable in any way, Olgun said that it is against freedom of faith and religion. "Such bans are open interventions on our internal affairs. Limiting the distribution of the Quran means interfering with our internal affairs," he said.

"The state has already had knowledge of what radical groups are doing, and it can prevent their activities with various municipal laws. While the possibilities that can prevent such radical groups in the country are already present, bringing it to the agenda within the framework of a different law is entirely interference with our religion and faith," he added.

Meanwhile, the Austrian head of the Union of European Turkish Democrats (UETD), Fatih Karakoca, said that the legislation would make life difficult for Muslims.

"It is clear that the scope of these prohibitions, which they claim to be against radicalism, will expand further and will make the lives of Muslims living here difficult, so we do not accept the bans that cause such breaks in society," Karakoca contended.

He asserted that such legislation banning freedoms and rights would not have a chance if Islamic circles and the Muslim community unite around nongovernmental organizations against extremist movements.

Chairman Mustafa Yeneroğlu of the Parliament's Human Rights Investigations Commission slammed the ban as well, saying that it is against reasoning.

"The decision is reminiscent of cultural racism debates among immigrants in Western European countries. These approaches, fed from an orientalist point of view, are aimed at the cultural assimilation of foreign migrants in the long term," Yeneroğlu said.

"Eliminating the real obstacles in front of pluralist society is to focus on discriminatory practices in education and business. Populist politics, nourished by cultural racism, hide real social problems as it poisons society even if it provides political gains in the short run," he added.

The provision is part of a larger integration law, work on which was not blocked despite recent instability in the ruling coalition that means parliamentary elections have been moved a year ahead to October.

Starting in October, people wearing garments in public that cover a woman's face will be subject to fines of 150 euros ($166).

It is not clear how many people would be affected by the measure.

The ban has received criticism from both political extremes, in some cases for not being tough enough.

Other parts of the legislative package prohibit distributing the Quran and require all migrants in Austria to participate in an integration year during which they learn German and ethics.

That measure is targeted at refugees and asylum seekers viewed as having a good chance at remaining in Austria.

Asylum seekers would also be expected to perform unpaid public work. Anyone refusing to do so would lose out on benefits.

The proposal is allegedly designed to make migrants better suited for the Austrian labor market.

In Austria, Islam is the second most widely professed religion, practiced by 7 percent of the population or around 600,000 people, according to the Islamic Religious Community.

The country has been spared the kind of extremist attacks suffered by Germany, France and Belgium. But fears and tensions have been growing over the past months, fueled by anti-migrant campaigns of the popular right-wing Freedom Party (FPÖ). France, which has the largest Muslim minority in Europe estimated at 5 million, introduced a similar ban in 2010 on the full-face niqab and burqa veils in public.