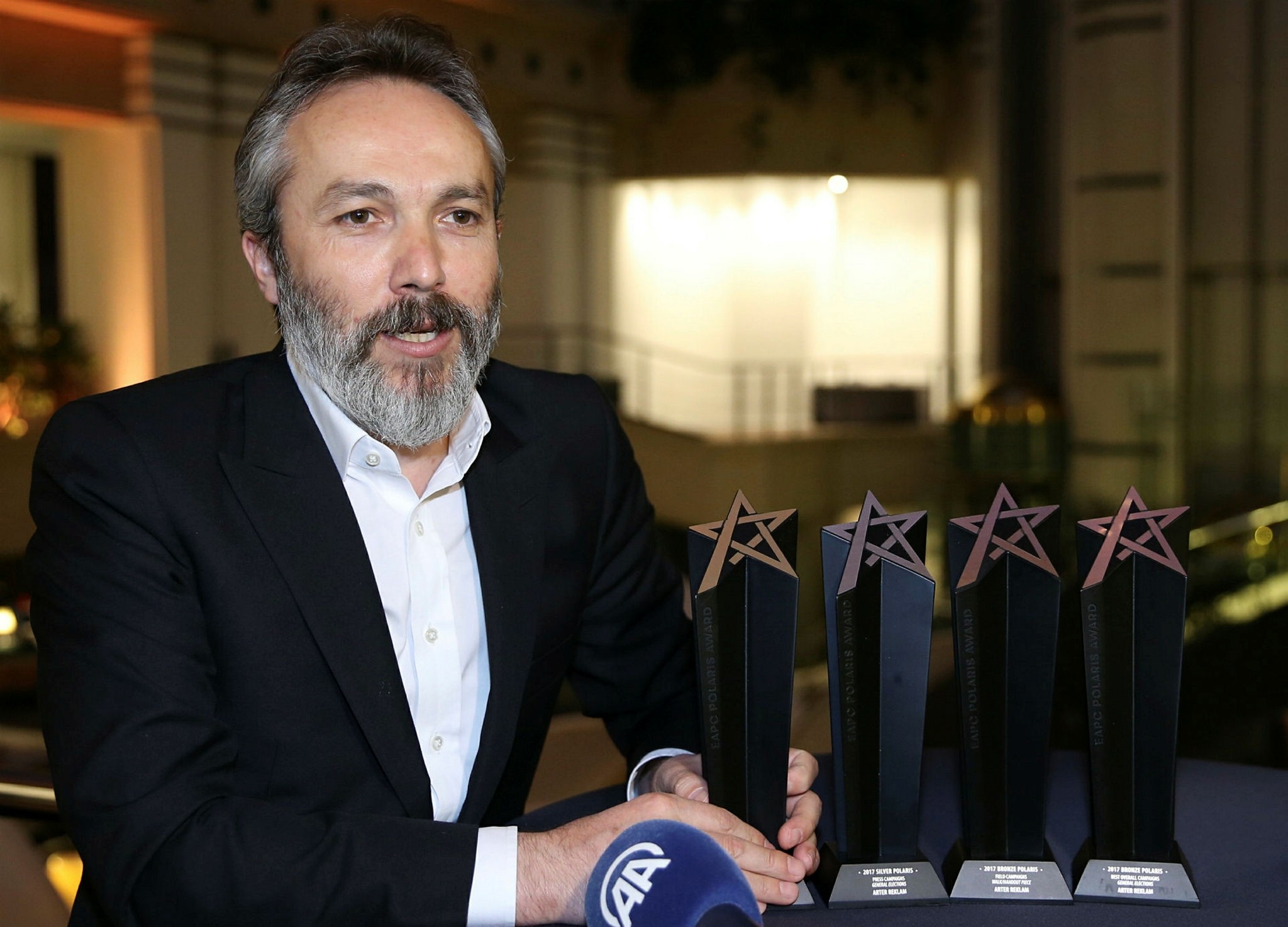 Arter Advertising Agency founded by Erol Olçok, who was killed along with his son Abdullah Tayyip Olçok during the Gülenist Terror Group's (FETÖ) failed coup attempt, received four awards in a Europe-based competition for its campaign work on the April 16 referendum.

Held in Brussels, Belgium, the 22nd European Association of Political Consultants (EAPC) Conference ended with the ceremony of Polaris Awards, which were presented to political campaigns that achieved global success.

Arter Advertising Agency, which has been shaping the election campaigns of the Justice and Development Party (AK Party) since its foundation, received four awards in different categories determined by a 24-person jury.

In the ceremony, Cevat Olçok, Erol Olçok's brother and the agency chairman, represented the firm.

Speaking after the award ceremony, Cevat Olçok remarked: "We received a gold award in the category of outdoor campaigns and a bronze one in press campaigns while our third and fourth awards are in the categories of press releases and best overall campaign. We have received four awards, which is amazing."

Olçok also stated that the EAPC has been organizing conferences for 22 years, during which time critical issues regarding political communication have been discussed and the first awards were presented this year: "We would like to thank President Recep Tayyip Erdoğan, Prime Minister Binali Yıldırım and the AK Party administrators who contributed to our success by being our clients. We would not have been able to attend this ceremony or receive any award if it weren't for our clients," Olçok said.

"I experienced a bittersweet joy receiving this award. I wish my late brother Erol and his son Abdullah Tayyip could have witnessed this award ceremony. So I feel both sorrowful and happy," he added.

Explaining that they worked on the referendum campaign with a team of 100 people, Olçok also thanked his co-workers for their contributions.