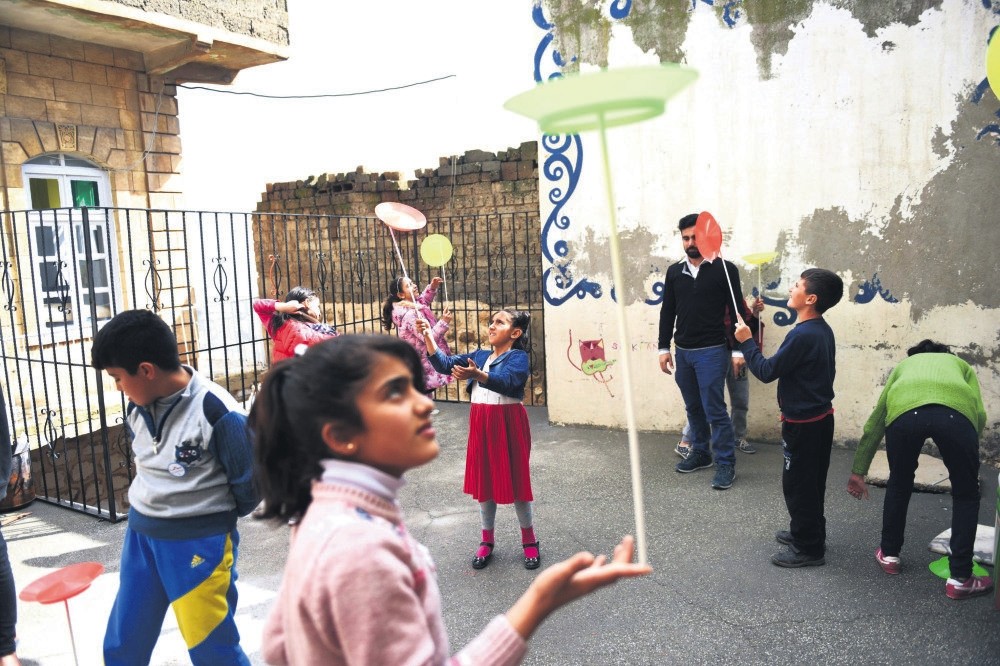 Turkey is intensifying work on projects for Syrian refugees, particularly children, in order to achieve the integration of 3 million people who fled the Syrian war. It also aims to prevent Syrian children in Turkey from turning into a ‘lost generation'

Education and integration projects top the main agenda for 3 million Syrians in Turkey whose basic needs, such as shelter, clothes and food, have already been fulfilled. Most of these projects have been designed for 1.5 million Syrian children who are under the age of 18 aiming to get an education and a profession. Turkey hosts more Syrian refugees than any other country, spending $25 billion to help and shelter them since the start of the Syrian civil war in 2011. According to Interior Ministry statistics, approximately 2,969,000 documented Syrians are in Turkey: 1,376,000 women and 1,351,000 children. When undocumented migrants are added to this number, it is estimated that the number exceeds 3 million.

According to a Marmara Municipalities Union Migration Policies Workshop report, of 1 million Syrian children, more than 451,000 cannot go to school. The same report also says to integrate 80 percent of these children into the education system requires at least 40,000 new teachers and 30,000 new classrooms.

The Presidency for Turks Abroad and Related Communities also has several programs for Syrians of university age, such as giving scholarships to a thousand students every year or not requiring college fees from them.

Meanwhile, Osman Atalay, board member of Turkey-based IHH Humanitarian Relief Foundation, said on Wednesday that Turkey could benefit from highly skilled Syrians such as academics and doctors if projects are provided to them, a member of a Turkish nongovernmental organization.

Speaking to AA, Atalay warned that there would be a brain drain of such "intellectual" Syrians in Turkey if no projects are created for them and the Turkish state and nongovernmental organizations must produce such projects.

"There are teachers, academics, artists and doctors who have been here for six to seven years. We should benefit from their potential. We should ensure that they are able to carry out their professions; otherwise, these qualified people will seek ways to go to Europe," Atalay said. He called on municipalities and NGOs to be more sensitive to refugees to prevent Syrian children in Turkey from turning into a "lost generation."

Since the education and security needs of Syrian children are provided by the state and organizations like the Disaster and Emergency Management Authority (AFAD) and the United Nations Children's Fund (UNICEF), Atalay said that for these children to not be a "lost generation," NGO's and municipalities must be more sensitive to the issue.Atalay added that an important issue that must be considered in prudential projects is Syrian children born in Turkey