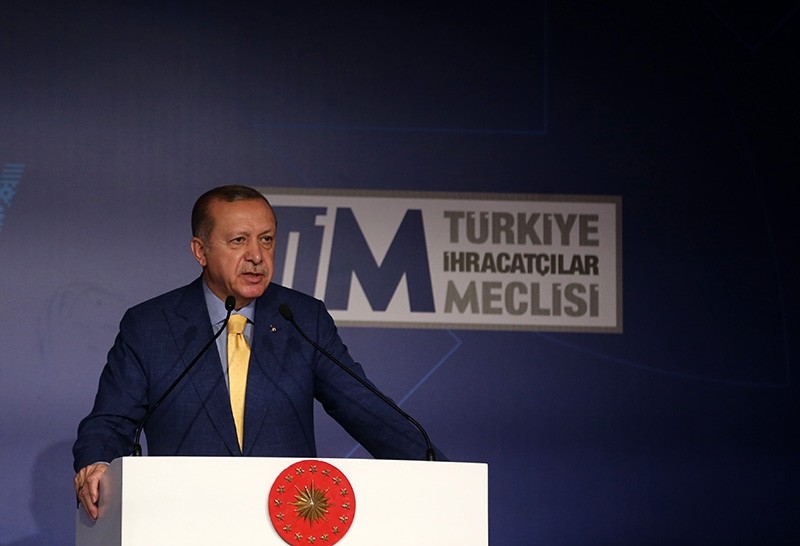 Speaking at the Turkish Exporters Assembly (TIM) meeting, Erdoğan criticized the opposition leader for obstructing justice as he opposed a legal decision and the separation of powers.

"How can we expect justice from the judiciary if they are in such pressure" Erdoğan said, adding that carrying "justice" banners will not bring justice.

Referring to Article 138 of the constitution, which states "No organ, authority, office or individual may give orders or instructions to courts or judges relating to the exercise of judicial power, send them circulars, or make recommendations or suggestions," Erdoğan said Kılıçdaroğlu was clearly violating the law.

The leader of Turkey's main opposition party launched a 400-kilometer march from Ankara to Istanbul Thursday, a day after one of its deputies was given a a prison sentence on espionage charges.