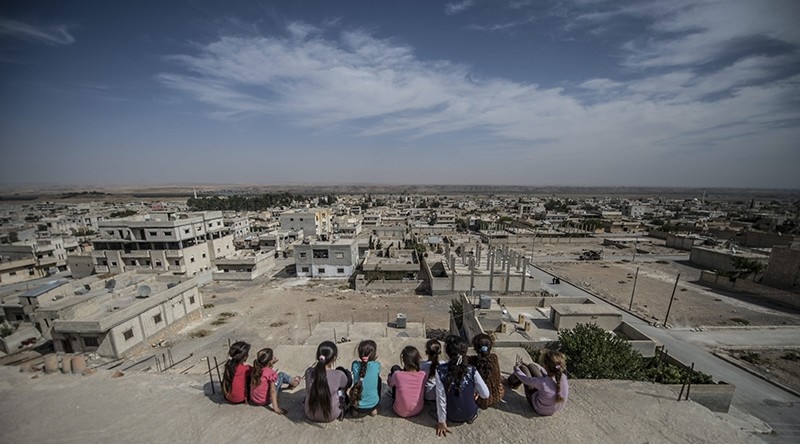 As the largest host of Syrian refugees, Turkey is ready to share its expertise with other countries throughout the world to find a permanent solution to the problem, President Recep Tayyip Erdoğan said in a message issued on the occasion of World Refugee Day Tuesday, as he urged the global community to fulfill its obligations.

"We call on the international community to fulfill its obligations regarding this matter," Erdoğan said.

Noting that Turkey has never hesitated to open its doors to people fleeing persecution, Erdoğan said that the country hosts around three million refugees and does not differentiate between them.

The president said that many developed countries claiming to be the defendants of fundamental rights and humanitarian values have failed by closing their doors to the oppressed.

"Turkey, which has become the symbol of the open door policy, will continue to provide assistance for those fleeing conflict, without discriminating based on religion, language or ethnicity," Erdoğan said.

The president also highlighted that Turkey will strive to enhance the living standards of Syrian refugees living in the country through economic and educational initiatives.

Turkey has spent around $25 billion helping and sheltering refugees during this time. Since the Turkey-led Operation Euphrates Shield to rid Syria's northern border area of terrorists, the Turkish government and many Turkish NGOs, including the Red Crescent, have been aiding refugees. This initiative has not only been taking place in Turkey, but tent cities have been set up in crisis-hit border areas inside Syria, along with distributions of food and other supplies. The Turkish Red Crescent's humanitarian aid has exceeded TL 2 billion (around $560 million) since the beginning of the Syrian civil war, according to the organization.