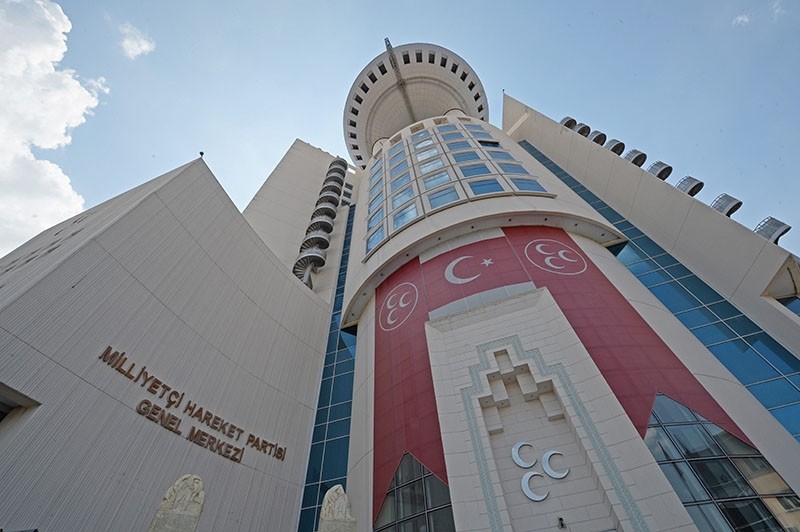 A court in Ankara ruled yesterday for the annulment of the last year's congress held by dissident group of the opposition Nationalist Movement Party (MHP) and declared all decisions made at the congress to be null and void.

The congress was held on June 19, 2016 with an aim to change a party bylaw that restricts emergency party leadership caucuses.

Earlier on June 23 and 24, another court had issued a stay of execution ruling on the changes adopted by the congress.

The current lawsuit was launched by MHP higher board delegate and member of its Central Executive Board (MYK), Cemal Enginyurt. The Ankara 3rd Court of First Instance ruled for the annulment of the congress and for the continuation of the stay of execution decisions. The dissidents, however, will be able to appeal the decision at a higher court.

While the MHP administration welcomed the decision, the dissident group was critical of it.

The legal and leadership battle in MHP began after the Nov. 1, 2015 elections, where the party barely crossed the 10 percent national elections threshold and lost half of its deputies compared to the June 7 elections.

Since then, Meral Akşener, Sinan Oğan and Koray Aydın have raised their voices against the current party Chairman Devlet Bahçeli, who has ruled the party since 1997. The group was later joined by Vice Chairman Ümit Özdağ, and a number of other deputies.

Seeking an extraordinary congress in order to amend party regulations that did not allow for extraordinary leadership congresses to be held, the trio collected 543 signatures, out of the MHP's total 1,242 delegates. The number was enough to call a congress and very close to 601 votes, required to change the regulations.

The trio submitted the signatures to the party which refused to call an extraordinary congress, forcing the dissidents to take the matter to the court.

The court later ruled on appointing trustees to the party, which decided to call an extraordinary congress on May 15, 2016. After some MHP officials appealed that verdict, courts handed down conflicting rulings on May 13 as police prevented a dissident-led convention on May 15.

On May 24, the Supreme Court of Appeals upheld an Ankara civil court decision that gave the green light to a congress held on June 19, attended by 752 out of 1,186 party delegates, according to figures provided by the trustee's committee.

Party dissidents applied to the Supreme Election Board (YSK), which rejected their objection on June 28, setting March 2018 as the final date for a leadership congress as declared by the party administration.

During this process, the party administration accused several candidates of being backed by the Gülenist Terror Group (FETÖ), which was being probed by Turkish authorities at the time for forming an illegal organization through its cadres nestled in the judiciary and police to topple the government through fake evidence and illegal wiretappings. The dissidents rejected the accusations, saying that allegations on ties with Gülenists aimed to defame dissident candidates in the eyes of the public.

Many dissidents were expelled from the party, especially in the tumultuous period after the July 15 coup attempt, despite previous court rulings that annulled earlier expulsions and allowed for their return.

The MHP party administration backed the "yes" camp along with the ruling Justice and Development Party (AK Party) and the dissident camp backed the "no" camp alongside the main opposition Republican People's Party (CHP) and Peoples' Democratic Party (HDP) during the April 16, 2017 referendum on constitutional reform and the switch to presidential system. Both camps claimed success in the referendum, in which the "yes" camp narrowly won with 51.41 percent of the votes, which was 10 percentage points lower than the combined AK Party and MHP votes in the November 2015 general elections.