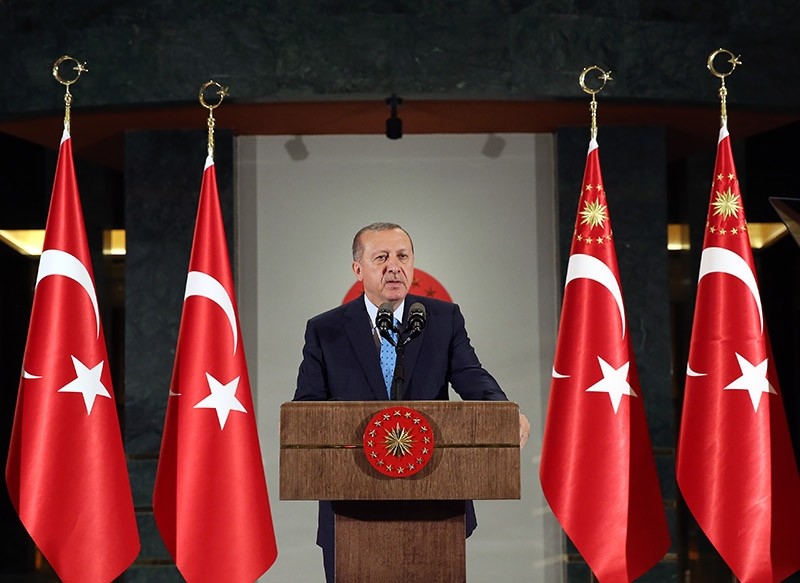 Speaking at an iftar -fast-breaking- dinner with NGO representatives in Ankara, Erdoğan praised their contribution to inclusive democracy and peace in the country.

"We don't see NGOs as a threat but the keystone of the nation's unity and solidarity. You are tools of inclusive democracy and social peace in our country," he said.

The president stated that the NGOs are not against the state but complementary to it.

"Without the support of and cooperation with NGOs, a state cannot reach its goal, regardless of how strong it is," he noted.

"I would like to ask NGOs to attend FETÖ's coup trials," he underlined, stressing the judicial process against the coup suspects.

Erdoğan also praised NGOs' support against terrorism, including FETÖ and the PKK.

"We cannot sacrifice this country's youths to the terrorist barons in Qandil and Pennsylvania, nor to drug terrorism," he added, referring to the PKK base in Iraq and the U.S. home of FETÖ leader Fetullah Gülen.

"Turkey's NGOs have a big role to play in the struggle against drug abuse… Both armed terrors and drug terrors are same to us," said Erdoğan.

The PKK -- listed as a terrorist organization by Turkey, the U.S. and EU -- resumed its armed campaign against Turkey in July 2015. Since then, it has been responsible for the deaths of around 1,200 people, including women and children.