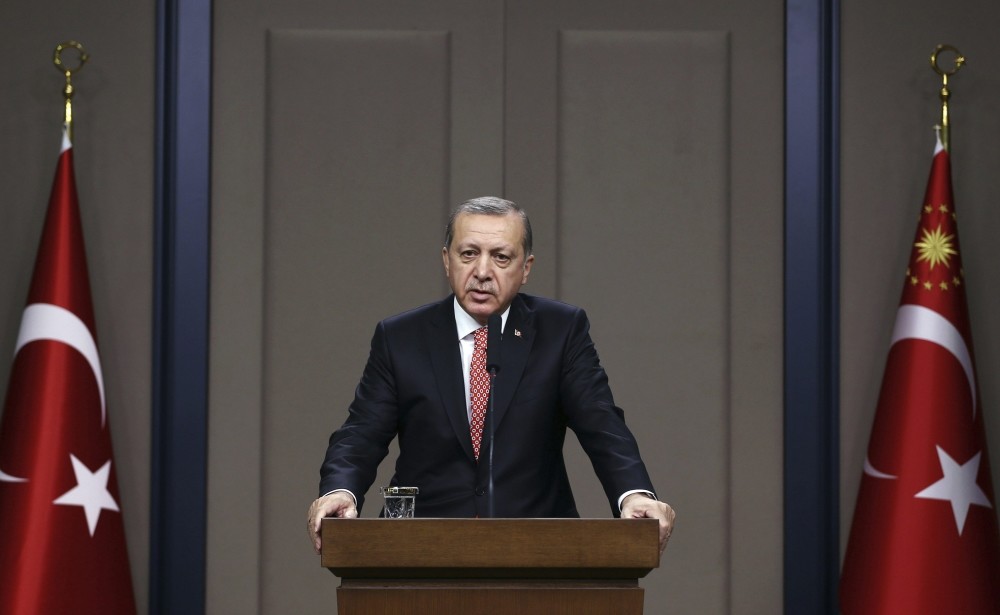 President Recep Tayyip Erdoğan wished the Muslim world a blessed Ramadan holiday on Friday in Akçakale, where 30,000 refugees live at a camp in southeastern Şanlıurfa province near the Turkish-Syrian border.

In his speech, President Erdoğan said the Turkish government will continue "to work to be worthy of the people," before wishing everyone a bright future and a happy holiday.

He said the people of Akçakale have demonstrated the nature of the Ansar, who were the Medina locals who opened their homes to Prophet Muhammad (Peace Be Upon Him) and his followers (the muhajireen, or emigrants) when they emigrated from Mecca, with the stand they have taken so far.

"You have become Ansar to the Syrian muhajireen, embraced them and shared your food with them. On behalf of our nation, I thank you," the president said.