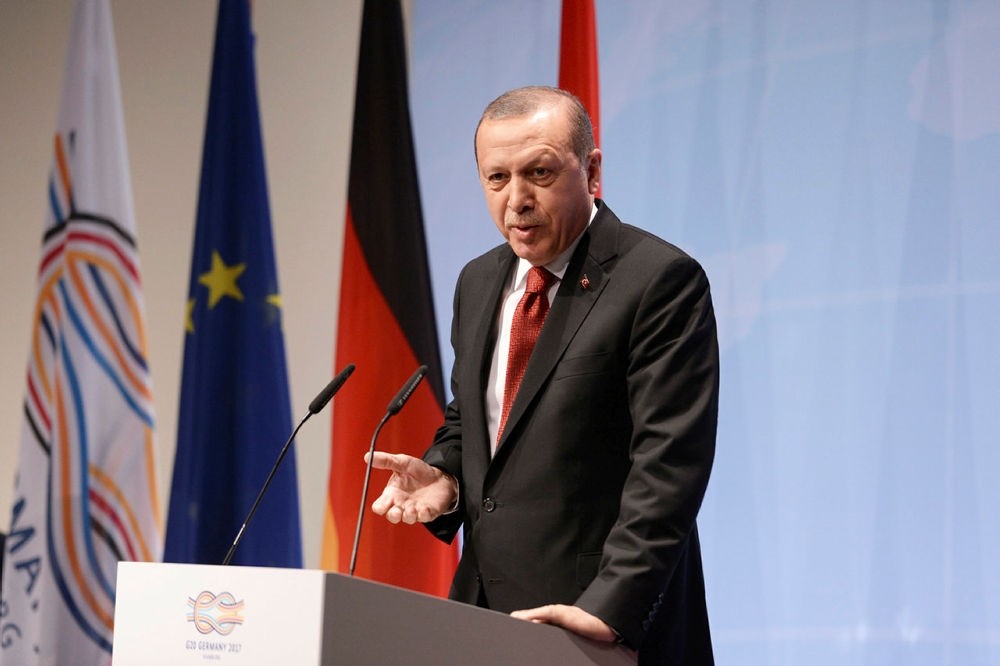 Turkey emphasized the need for a consistent and determined stance against globalizing terrorism, President Recep Tayyip Erdoğan said Saturday in a press conference after the G20 summit in Germany's Hamburg.

He also spoke against the U.S. arming the PKK-linked Syrian Kurdish People's Protection Units (YPG) terror groupö aiming to combat Daesh in Syria's Raqqah. "We will never keep silent when support and arms are provided to terrorist organizations near our borders."

Erdoğan said Turkey will continue to respond to threats imposed on Turkey and not let a Kurdish state to be established in northern Syria.

Answering a question about the planned referendum on the independence of the Kurdistan Regional Government [KRG], Erdoğan said that Turkey does not support the idea of a divided Iraq and a referendum would hurt the peace and stability in the country.

"Turkey cannot allow Iraq to be divided, if division starts in the north, it would extend to Turkmens, Arabs and even there can be a sectarian-based division between Shias and Sunnis."

Commenting on the Cyprus talks that failed last week in Crans-Montana, Erdoğan said Turkey would continue its efforts in solving the issue at different parameters, and that it expects other parties to do the same.

Erdoğan also criticized Germany's decision not allow him to address Turkish people living in the country and accused Germany of supporting the terror group PKK while blocking his speech.

"Those who did not allow a democratically-elected president address his people cannot talk about freedom of speech," he said.

German Foreign Minister Sigmar Gabriel said a week before the G20 summit that Germany would reject a request by Erdoğan to address Turkish citizens while attending the event.

Erdoğan later criticized Germany for "committing [political] suicide" and called on Germany not to sacrifice relations between the two countries for the sake of a terror group [PKK].