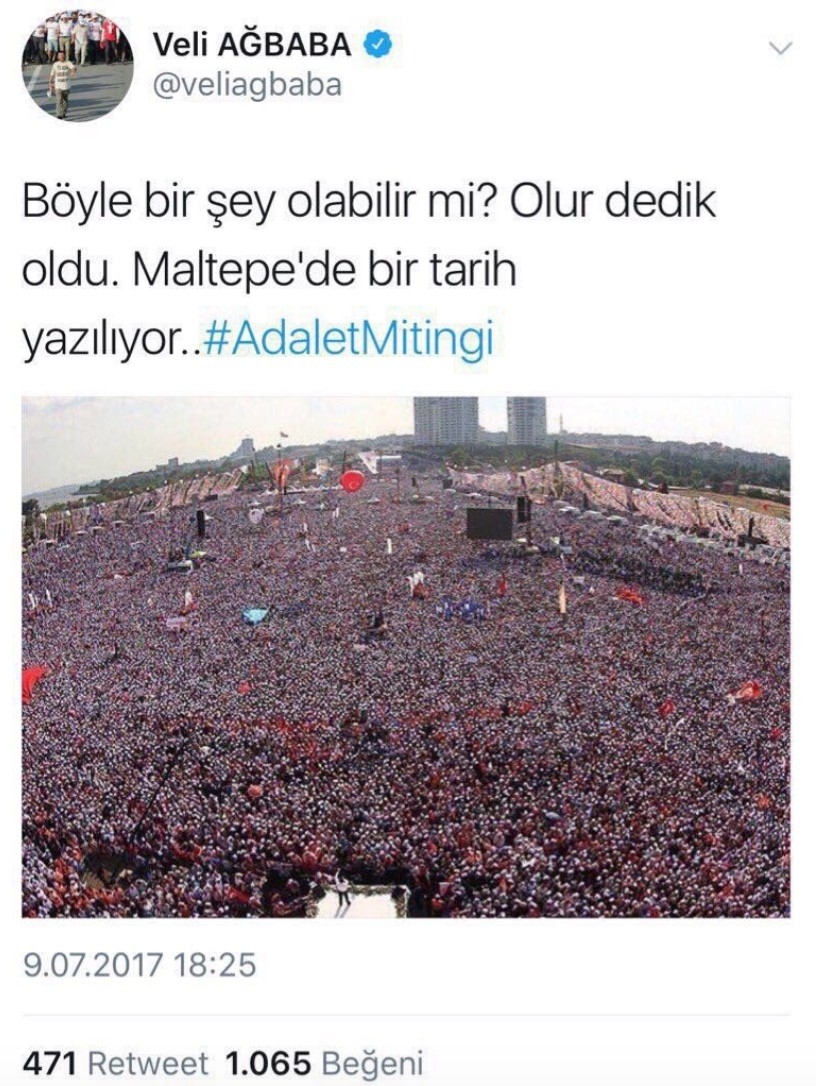 Several deputies from the main opposition Republican People's Party (CHP) mistook a meeting of President Recep Tayyip Erdoğan in Yenikapı for the final gathering of the 400-kilometer "justice march" kicked off by the party's leader Kemal Kılıçdaroğlu on June 15.

The CHP gathering took place on the coastal road of Maltepe, a district in the Asian side of Istanbul. 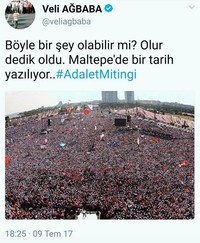 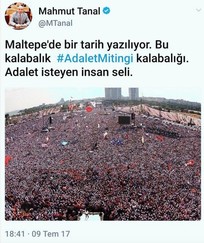 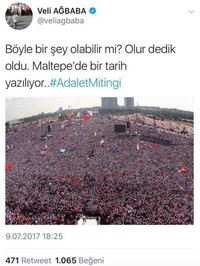 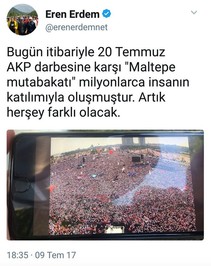 Each of the deputies later deleted their tweets and shared photos from the actual Maltepe area.

Kılıçdaroğlu launched a 400-kilometer march from Ankara to Istanbul, a day after one of its deputies was given a a prison sentence on espionage charges.

CHP Kemal Kılıçdaroğlu, joined by several thousand protesters, began the "Justice March" from the Güvenpark at the Kızılay Square in central Ankara.