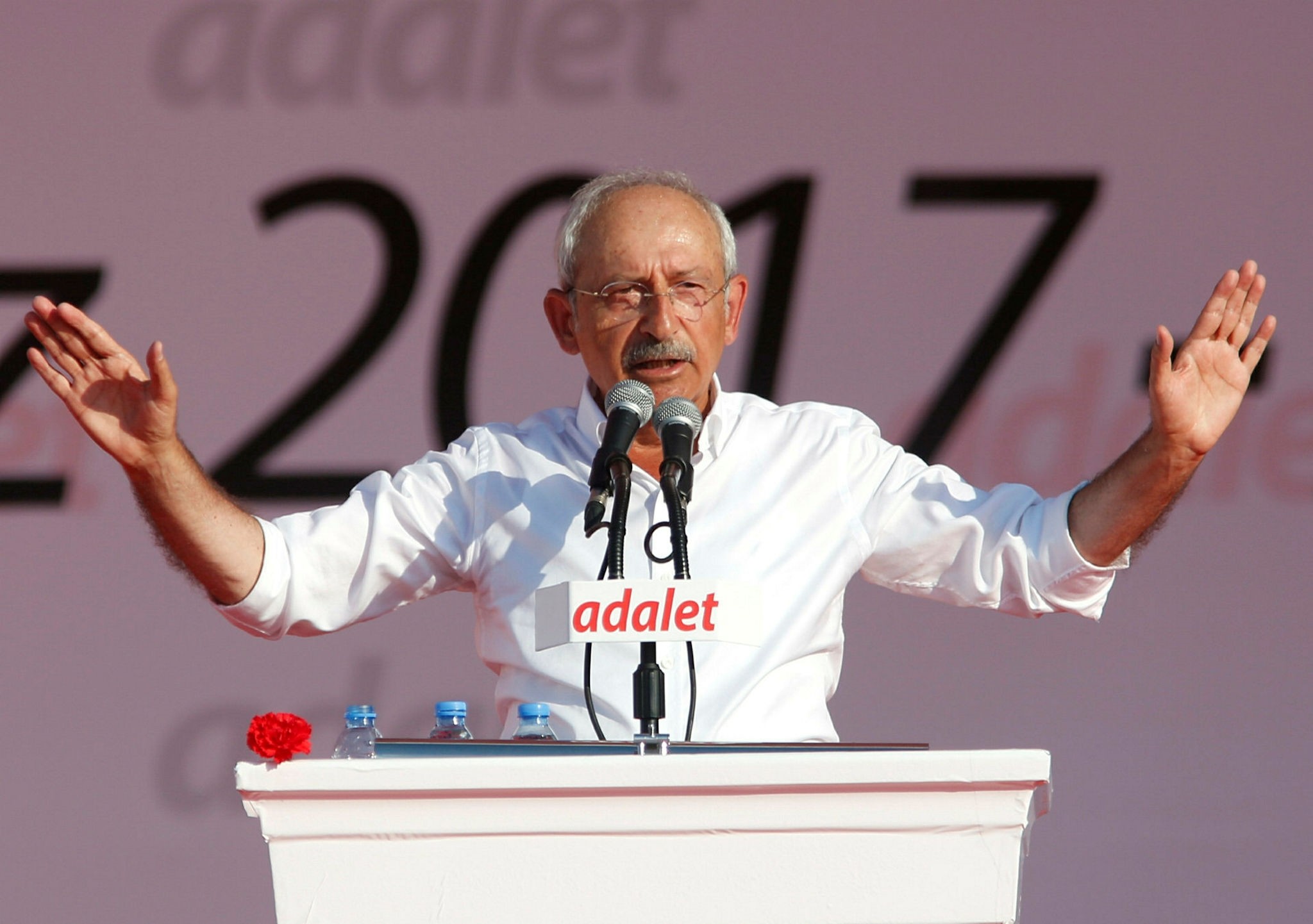 The 68-year-old CHP leader embarked on the journey on June 15 after CHP Deputy Enis Berberoğlu was sentenced to 25 years in prison in the controversial National Intelligence Organization (MİT) trucks case from January 2014.

Prosecutors implicated Berberoğlu of sharing confidential information with a Turkish daily on the alleged transportation of Turkish arms to Syria. He is the first CHP deputy to be imprisoned in recent years.

After arriving in Istanbul on Saturday, Kılıçdaroğlu attended a rally in Istanbul's Maltepe at 6:00 p.m. (local time).

Speaking to reporters at Istanbul's Atatürk International Airport, Şahin hoped the rally would be concluded safely.

Except for a few health issues among participants, Kılıçdaroğlu's long march saw no major incidents.

Meanwhile, the government and opposition Nationalist Movement Party (MHP) have both criticized the CHP leader, calling the march an attempt to create chaos and unrest. They urged the CHP to seek justice through legal means and the parliament.