Bahçeli: Anyone mulling over new coup 'faces risk of death' 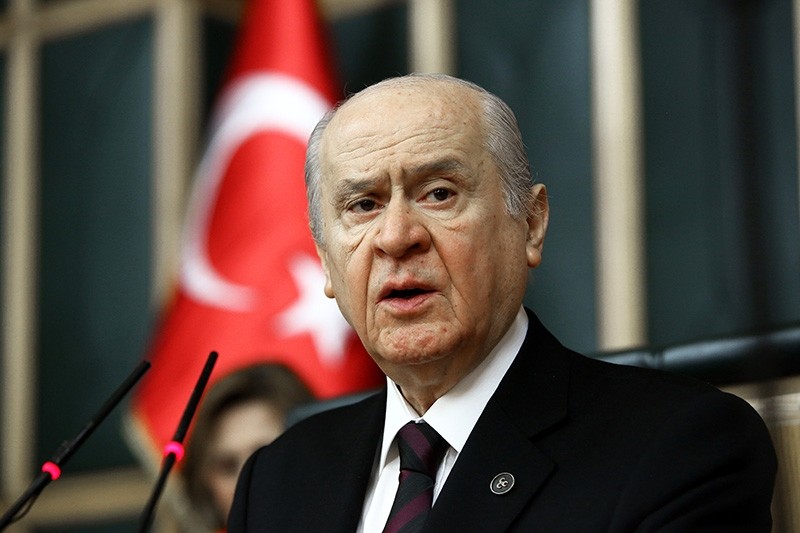 He posted the comments Wednesday in a series of tweets on the failed July 15 coup attempt published on his official account.

As Turkey prepares to commemorate the first anniversary of the failed putsch, the MHP leader said Turkey has struggled to get out of the corner it was pushed into.

Calling the coup attempt a brutal and merciless attack, he said the country has honorably overcome this life-or-death situation, affirming, "A bunch of traitors under the guise of soldiers" were defeated that night.

"On July 15, 249 our citizens were martyred and 2,193 were wounded. We are indebted to them. With solidarity, we can overcome all kinds of trouble. The Turkish state won't be defeated," he said.

The attempt was prevented by military troops loyal to the government, alongside police units and millions of Turkish citizens who took to the streets in favor of democracy.In total, 249 people, mostly civilians, were killed by pro-coup soldiers, while over 2,000 people were injured.

The attempt was masterminded by Fetullah Gülen, who has been living in a self-imposed exile on a 400-acre property in the foothills of the Pocono Mountains, Pennsylvania since 1999.

Due to the group's large international network of educational and commercial interests, Turkey has asked countries around the world to close FETÖ-linked schools, colleges and businesses following the coup attempt.

Posing as a religious charity movement to attract followers, the organization has managed to recruit members worldwide, establishing a global network of schools and companies on nearly every continent.

European countries, which have also been accused of harboring supporters of other terrorist groups, have failed to respond to Turkey's extradition requests, while Arab and Asian countries have been very cooperative with Ankara's efforts.

Ankara has vowed to bring all FETÖ suspects to justice in the aftermath of the coup attempt that revealed just how desperate the terrorist group was to seize power in the face of the crackdowns against it.