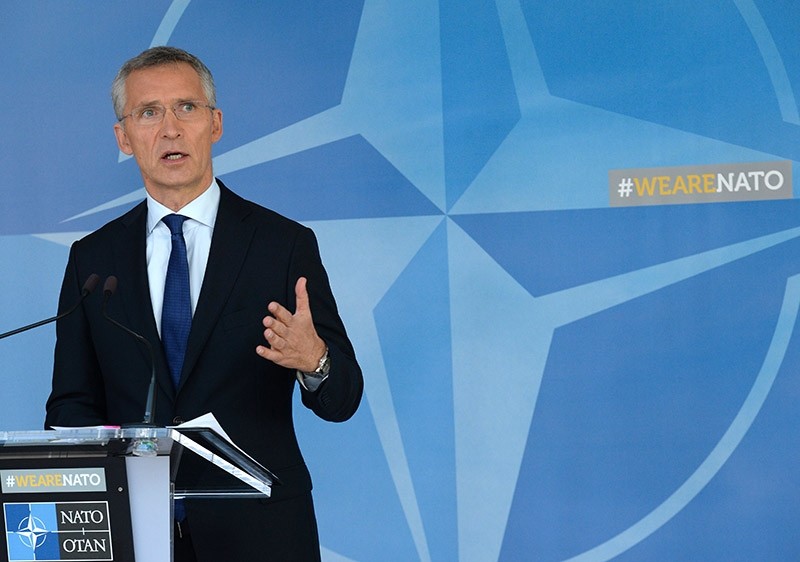 NATO Secretary General Jens Stoltenberg gestures as he talks to the media at the NATO headquarters in Brussels, on July 13, 2017. (AFP Photo)
by Associated Press Jul 15, 2017 12:00 am

NATO's secretary general has said on the first anniversary of Turkey's failed coup that any attempt to undermine democracy in any one of the allied countries is "unacceptable."

Jens Stoltenberg on Saturday also paid homage to about 250 people who lost their lives resisting the failed attempt.

He praised the Turkish people who took to the streets and "stood up against this heinous act in defense of its elected government and democratic institutions."

"(I) still remember the shock I felt seeing the damage inflicted at the Parliament building by the bombardments of the coup plotters," Stoltenberg said.

Turkey is commemorating the first anniversary of quashing last summer's coup attempt with events over the weekend in Istanbul and Ankara.

Thousands are expected at "national unity marches" in the two cities, and speeches are planned in parliament and at an iconic Istanbul bridge.

The Gülenist Terror Group (FETÖ) attempted to overthrow the government and President Recep Tayyip Erdogan using tanks, warplanes and helicopters on July 15 last year. The coup plotters bombed the parliament and other locations but their attempt failed.

Heeding a call by President Erdoğan and ignoring a curfew announced by the coup plotters, thousands of people went out on the streets to resist the coup. Some 250 people were killed and more than 2,000 were injured.