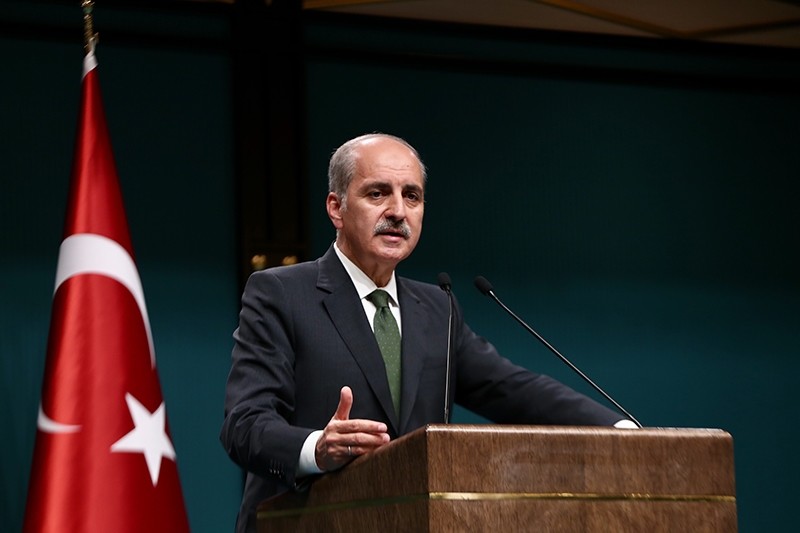 Deputy Prime Minister Numan Kurtulmuş criticized the decision to close the Al-Aqsa mosque to worship, saying that it is a crime against humanity.

Speaking to reporters following a cabinet meeting in Ankara, Kurtulmuş noted that the mosque, which is located in Jerusalem, is regarded as one of the holiest places for Muslims.

Noting that the mosque compound has not been closed since the war in 1967, Kurtulmuş said that Friday prayers have never been obstructed until now and urged Israeli authorities to open the holy site to worship.

He said Turkey and the U.S. have a long history of an alliance in NATO, but also strategic alliances in the Middle East and Turkish-American relations have a profound history.

Underscoring that an ally and friend would bring in and arrest Gülen 'immediately', Kurtulmuş said that it was "unacceptable that a head of a bloody, murderer organization will continue his threats to Turkey from there."

FETÖ and Gülen are accused of orchestrating the defeated coup of July 15, 2016, that killed 249 people and left nearly 2,200 injured.

Kurtulmuş said more than 100,000 public officials have been dismissed for links to FETÖ.

Of those, "32,180 were removed [temporarily]. If you think that there are 3.5 million public officials -- the number of the dismissed corresponds to 3.5 percent of total public officials", Kurtulmuş said.

A fundamental aspect of the fight against FETÖ is destroying the group's financial resources that has large financial facilities, he said. "Therefore 966 companies linked to the organization (FETO) were confiscated."

Kurtulmuş also said more than 6 million people participated in events Saturday to mark the first anniversary of the defeated coup.