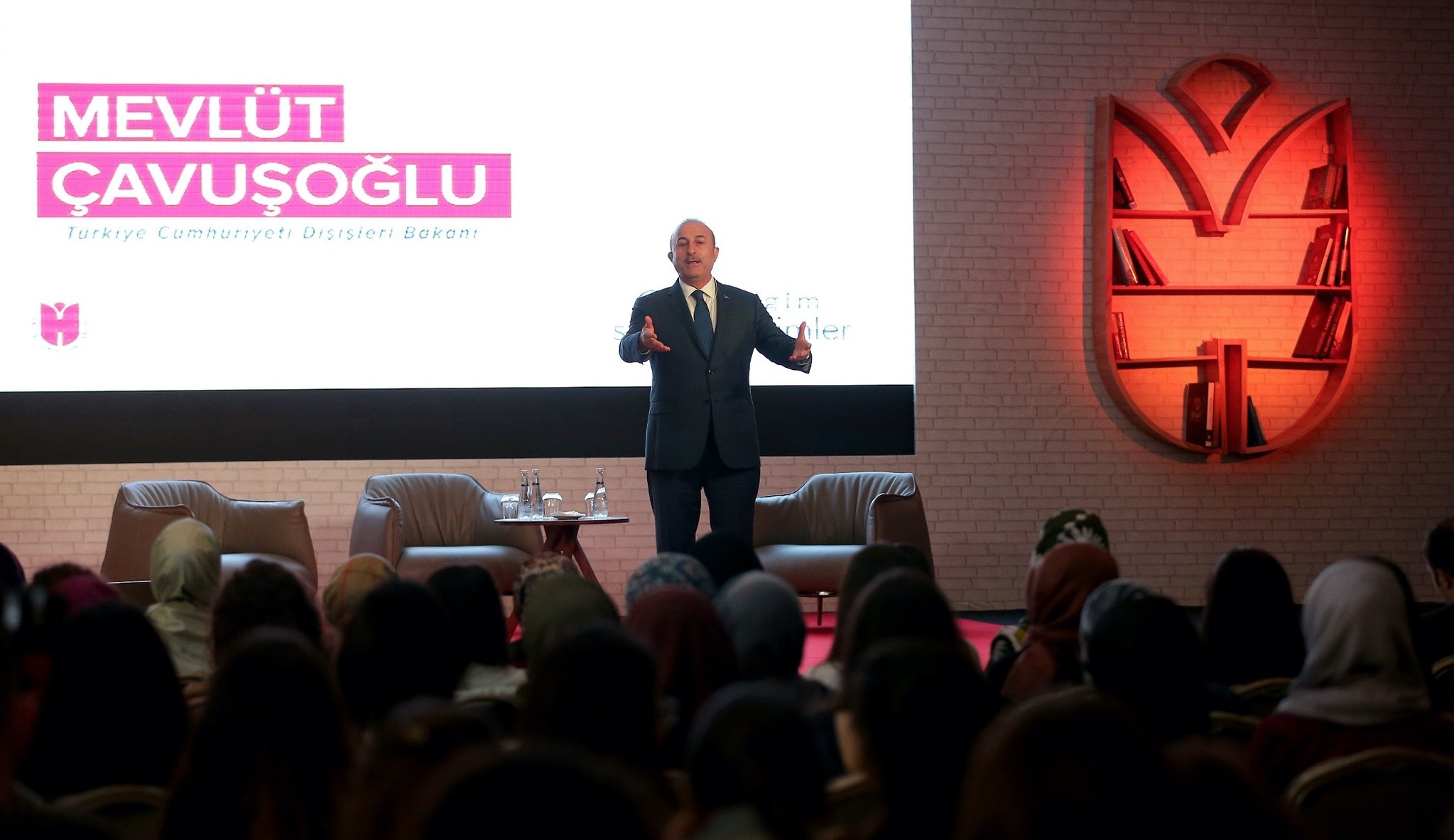 Speaking at the My Future Social Sciences Summit organized by Ibn Khaldun University at the Sheraton Grande Istanbul Ataşehir yesterday, Çavuşoğlu referred to his journey of studying foreign policy and recommended young people study the subject as well.

Turkey has once again topped the list of most generous countries in terms of humanitarian support as a percentage of their gross national income (GNI), according to a recent report published by the U.K.-based Development Initiatives.

The report, titled "Global Humanitarian Assistance Report 2017," says Turkey spent close to $6 billion on humanitarian aid in 2016, coming second to the U.S., which spent $6.3 billion. Turkey, however, was listed as the most generous country for spending 0.75 percent of its (GNI) on humanitarian assistance.

Continuing his diplomatic visits, Çavuşoğlu is expected to be in four cities over 15 hours. In Ankara after Istanbul, Çavuşoğlu met with Estonian Foreign Minister Sven Mikser. He then went to Turkish Cyprus to discuss a solution to the Cyprus crisis, the negotiations for which broke down recently in Switzerland.

The Cyprus reunification talks, brokered by United Nations Special Envoy for Cyprus Espen Barth Eide, launched in May 2015 to discuss a permanent settlement for the divided Eastern Mediterranean island.

The ongoing talks had experienced a two-month hiatus after a decision by Greek Cyprus to introduce a school commemoration of the 1950 Enosis referendum on unification with Greece.

After a series of failed Cyprus reunification talks between the representatives from the EU, the Turkish and Greek Cypriot leaderships in the Swiss Alps, Greek Foreign Minister Nikos Kotzias blamed the Turkey for having "intervention rights."

In a written statement, Foreign Ministry spokesman Hüseyin Müftüoğlu responded to Kotzias, saying Turkey attended the conference in Crans-Montana "with the goodwill and constructive attitude we had been displaying since the very beginning of the negotiation process with the aim of reaching a just and sustainable, comprehensive settlement to the Cyprus issue."

The U.N. is seeking a peace deal to unite Cyprus under a federal system that could also define the future of Europe's relations with Turkey, a key player in the conflict.

The Eastern Mediterranean island has been divided since 1974, when a Greek Cypriot coup was followed by violence against the island's Turkish population, and Ankara intervened as a guarantor power.

Çavuşoğlu then went to Baku to participate in the fourth meeting of the Turkish, Azerbeijani and Turkmen foreign ministers, which will take place today. The foreign ministers are expected to discuss cooperation between the countries regarding common regional issues as well as overviewing the most recent meeting's decisions.